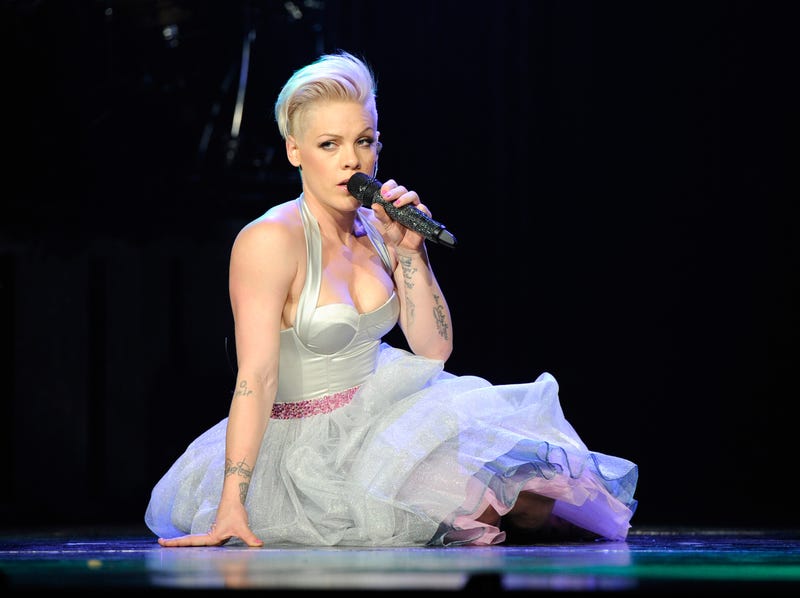 This year the 2021 Billboard Music Awards will be taking place at Los Angeles’ Microsoft Theater, and P!nk has been named the performer who will receive the Icon Award. The show is set for May 23 and will be hosted by Nick Jonas for the first time.

The 41-year-old superstar will be the 10th artist to be awarded the Icon title, and P!nk will be the youngest recipient ever. Previous winners of the award include Neil Diamond, Stevie Wonder, Prince, Jennifer Lopez, Celine Dion, Cher, Janet Jackson, Mariah Carey, and Garth Brooks.

Upon finding out about joining the impressive Icon winners circle P!nk shared, “As a little girl, I always dreamed about being a singer and sharing my love of music with the world. Years later, to receive the Billboard Music Awards Icon Award is hard to fathom! I feel so honored to join the ranks of music idols like Cher, Garth Brooks, Janet Jackson, and Stevie Wonder. It's a true 'pinch me' moment and I feel humbled and blessed."

Like all Icon Award winners P!nk is set to perform during the award ceremony. This will be her first performance on the BBMA stage in five years.

The Icon Award “recognizes outstanding artists who have achieved excellence on the Billboard charts and have made an indelible mark on music itself."