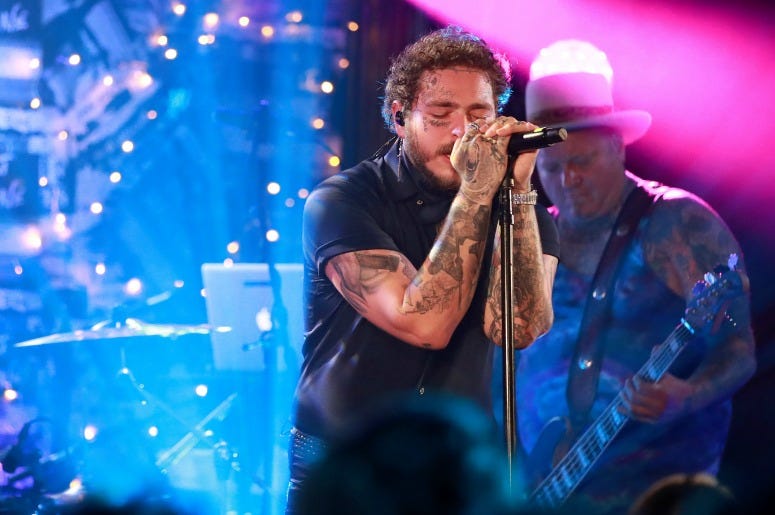 Once again this week, Post Malone is at the top of the Billboard Chart with the number one album in the country. It has fans thanking him in all kinds of ways.

A shot of Posty reacting to a flasher in the crowd during one of his shows has become our new favorite meme, showing the “Wow” singer’s jaw-dropping shock when he spots the fan from the stage. The internet has sprung into action, making the priceless reaction the perfect analogy for anything surprisingly unexpected and awesome.

The photo affectionately titled, “Woman flashing Post Malone,” is from one of the “Circles” singer’s tour stops in Minnesota last week. Post Malone kicked off his Runaway Tour on September 14. You can find the full list of upcoming dates here.

For a third week in a row, Hollywood’s Bleeding is the biggest album in the country. The album is the third from Post Malone, and it follows in the big footsteps of beerbongs & bentleys. Posty’s sophomore effort was nominated for Album Of The Year at the 61st Annual GRAMMY Awards, and spawned several giant singles. Hollywood's Bleeding however, just misses the cutoff for GRAMMY eligibility this year.

Hollywood’s Bleeding already has a few fan favorites, including “Internet,” co-written by Kanye West. “F*** the internet and you can quote that,” he sings. Consider this the internet’s response.