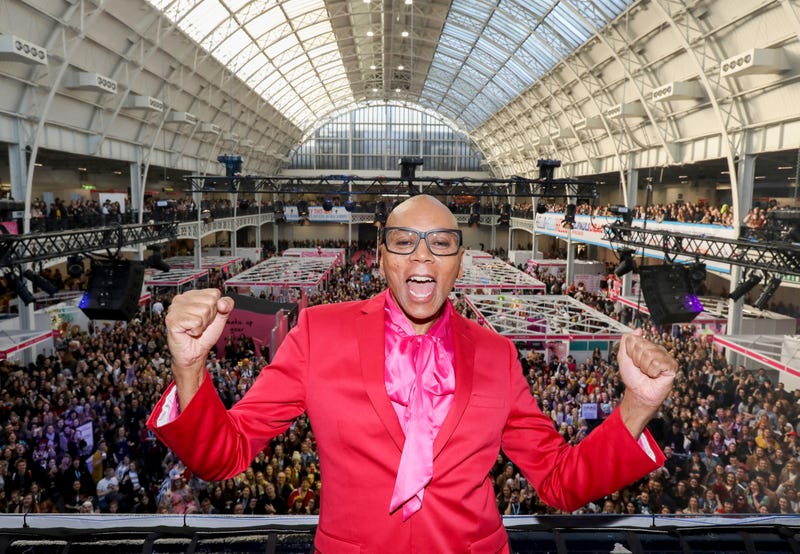 This holiday season, RuPaul is giving Drage Race stans the greatest gift of all, announcing that she will be assembling the largest cast of Ru girls ever for her drag queen Christmas movie, The Bitch Who Stole Christmas.

Pink News has referred to the upcoming holiday special as a “festive edition of All Stars.” The film is set to star beloved queens such as Peppermint, Gottmik, Heidi N Closet, Ginger Minj, Kylie Sonique Love, Raven, Brook Lynn Heights, and more.

Audacy's Planet Q exclusive station is serving up decades of Pride! From Kim Petras to Sam Smith to Britney Spears to CeCe Peniston, we're taking you through all the seasons of Pride.

While boasting an amazing cast of queens, famed RPDR judges, Michelle Visage, Ross Matthews, and Carson Kressley will also make an appearance in the movie. Kim Petras and Charo will also have supporting roles in the upcoming film.

In 2018, Ru released her latest Christmas album, Christmas Party, which features tracks like “Christmas Queen,” and “Hey Sis, It’s Christmas,” but this is the first time Mama Ru has ventured into a dragged up holiday film special.

TBWSC is about a fashion journalist, whose editor, played by Ru, sends her to a town where everyone loves Christmas. Ru tasks the journalist with getting all the tea to write up a juicy story about the town, but instead, the journalist, played by Krysta Rodriguez, finds herself in the town’s winter ball competition.

The film’s producer and World Of Wonder co-founder, Randy Barbato, shared, “There are 1,000 Christmas movies this year, but only one with drag queens. Christmas will never be the same.”

The Bitch Who Stole Christmas arrives on December 2 and will be part of VH1’s Naughty and Nice holiday programming.