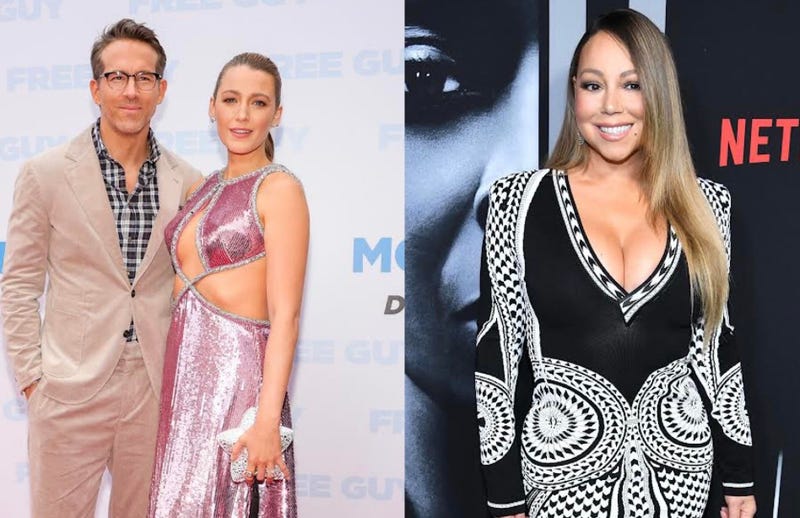 Even on Blake Lively’s birthday, Ryan Reynolds always manages to find a way to play pranks on his wife.

It started with a TikTok video. Previously, this week the Green Lantern star shared a video on TikTok of himself dancing around to Mariah Carey’s beloved 1995 single, “Fantasy.” The Mimi track is prominently featured in his new film, Free Guy.

Listen to your favorite music now on Audacy, and stay up to date on all the hottest Pop arrivals on the Pop Now exclusive station. Now playing on the Audacy app!

Shortly after posting the video, Carey herself joined in on the fun with Reynolds. The GRAMMY-winning artist duetted Reynolds’ original video and included some heavy side-eye judgment as the actor begins to dance in the video.

Out of sheer excitement over Mimi responding and reacting to his video, Ryan reposted the singer’s response on his Instagram story, captioning it “My favorite thing that’s ever happened on August 25th.”

Well, see the thing is, Lively’s birthday also happens to be on August 25.

Just like in previous instances, Blake paid no mind to her husband’s tomfoolery, instead, reposting images from friends and fans wishing her a happy 34th birthday.

Lively and Reynolds met in 2010 on the set of Green Lantern. The two stars played romantic leads opposite each other. Marrying in 2012, the couple now shares three daughters, James, 6 ½, Inez, 4 ½, and Betty, 22 months.

The duo is famed for cracking jokes at each other on social media. Celebrating their 10th anniversary, the couple returned to their first date spot in Boston. Reynolds posted a selfie of the two of them in front of the restaurant, captioning the post with, “Our favorite restaurant with her 4th favorite date.”

He later reposted the image with a wider crop, explaining, “Posting this again because I cut out my wife's cute earrings. She trained me better than this. Sorry if I let anyone down."

Lively shared the post to her story, adding her own retort, “That's right."