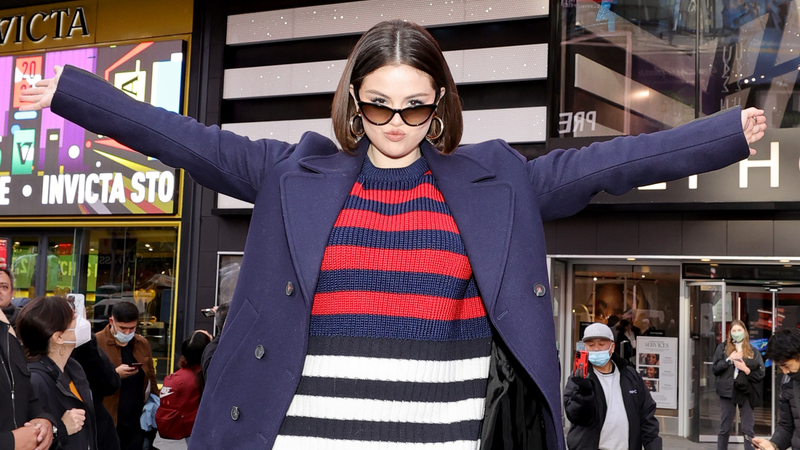 Selena Gomez is officially a GRAMMY nominated artists, and despite crying “like a little baby about it” she VERY excited and happy.

The singer, actress, producer, make-up mogul (and we could go on) received her first GRAMMY Award nomination for the 2022 Award show in the Best Latin Pop Album category for her Spanish-language EP, Revelación, just last month.

Talking to ET about the experience while promoting Hotel Transylvania: Transformania, she admitted she "cried like a little baby" when she heard the news. Adding, “I worked really hard on that project, so it was a lovely surprise. I’m very excited!”

Around the time of it’s release, Selena openly talked about how the seven-track Spanish EP - of which she wrote all but one song - was all about her embracing her Latinx heritage.

Telling Apple Music’s Zane Lowe, “This has been something I've wanted to do for 10 years, working on a Spanish project, because I'm so, so proud of my heritage, and just genuinely felt like I wanted this to happen. And it happened, and I feel like it's the perfect timing. Just with all the division in the world, there's something about Latin music that globally just makes people feel things, you know?”

Yeah… we do know. And apparently so does the Recording Academy.

Check out Selena’s reaction above.