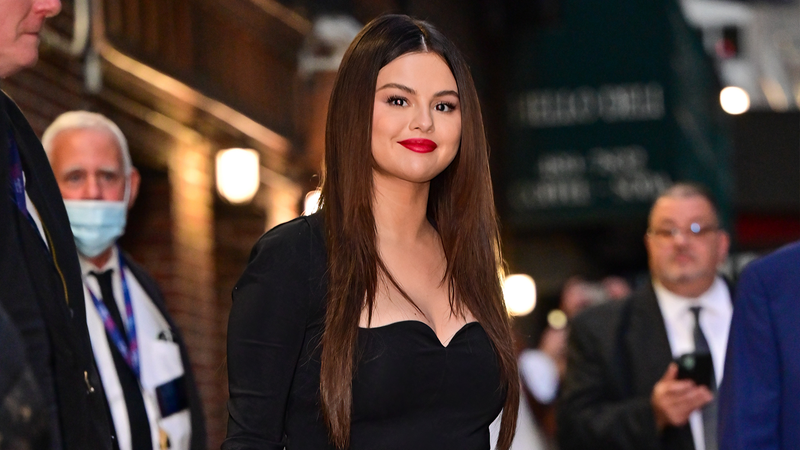 She can cook, she can sing, and now she’s solving murders — but only in the building. Um yes, we did just reference a few of Selena Gomez’s recent projects to the tune of "WAP." And what about it?

And now that we got that out of our system, let’s move on to what we’re actually here to talk about. Selena’s latest sleek, chic and shiny new hairstyle.

Listen to your favorite music now on Audacy and check out Audacy’s exclusive ICONS station for all your Queens of Pop musical needs.

While her Only Murders in the Building character Mabel rocks a bouncy mid-cut, the multi hyphenate superstar, currently on the shows press tour, has been serving both sophisticated and mermaid vibes IRL, and both deserve our undivided attention

So let’s start with sophisticated, shall we? For her appearance on The Late Show With Stephen Colbert alongside her costars Martin Short and Steve Martin, Selena arrived looking every bit of NYC chic. Pairing a Victor Glemaud black leather skirt and black sweetheart neckline cardigan, with a red lip and white structured handbag, that we can only assume held lipstick for touchups and a magnifying glass for solving murderous crimes, duh.

But since we’re her to talk tresses, the pièce de résistance  of course was her face framing, gradually layered, chocolate brown luscious long locks, that dare we say appear to have a perfect center part that we should all aspire to achieve. 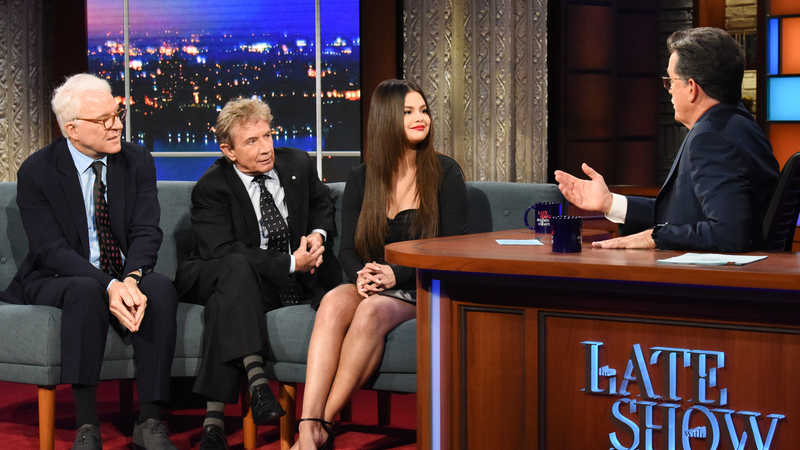 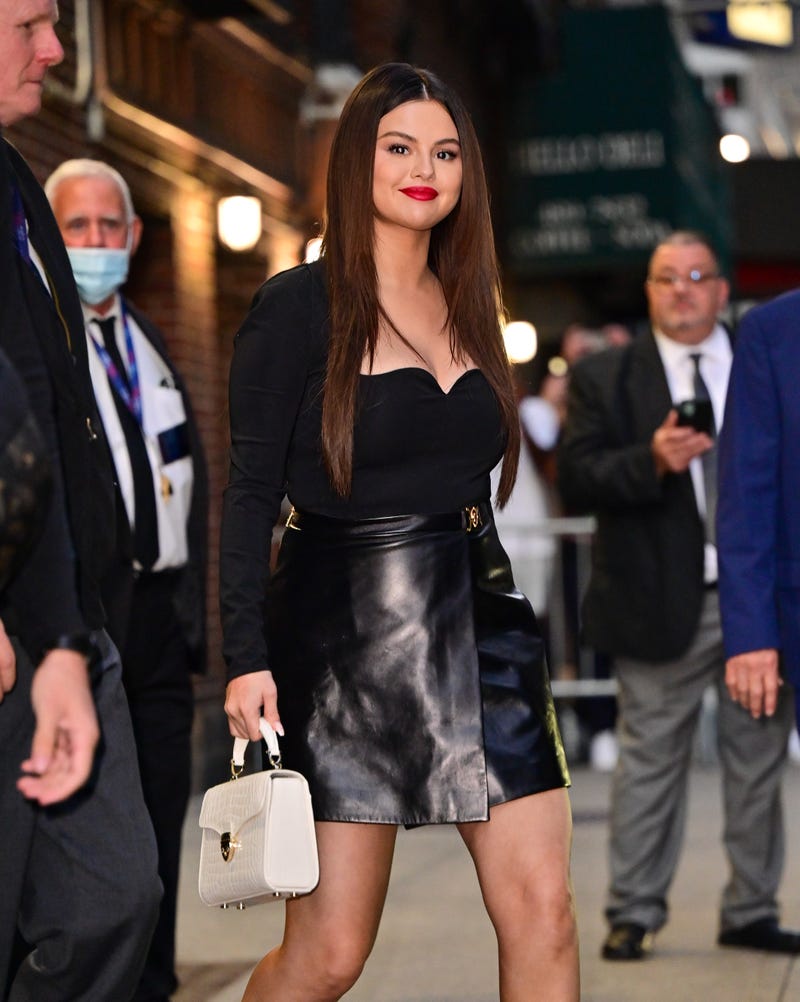 The very next day, Selena woke up and chose violence perfection, in the form of mermaid waves. Stepping out in an orange Self Portrait dress strutting her stuff all over Soho and midtown. Which of course meant making a stop at Serendipity3, the New York City dessert hotspot that Gomez is part investor in and co-owner of, while en route to her solo Late Night with Seth Meyers appearance. 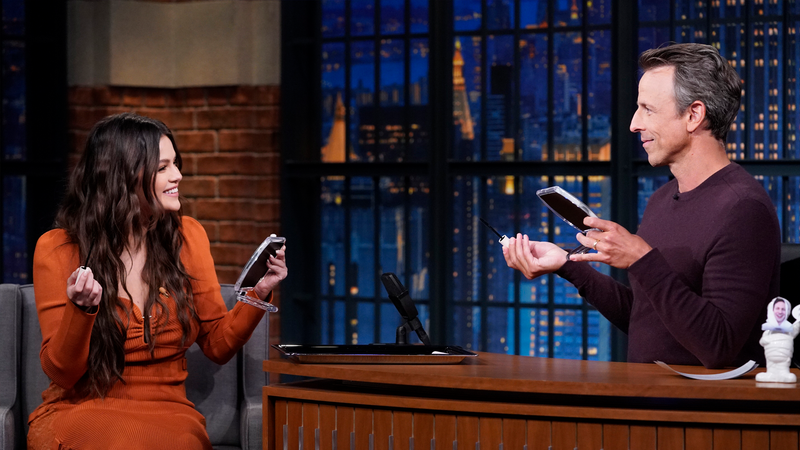 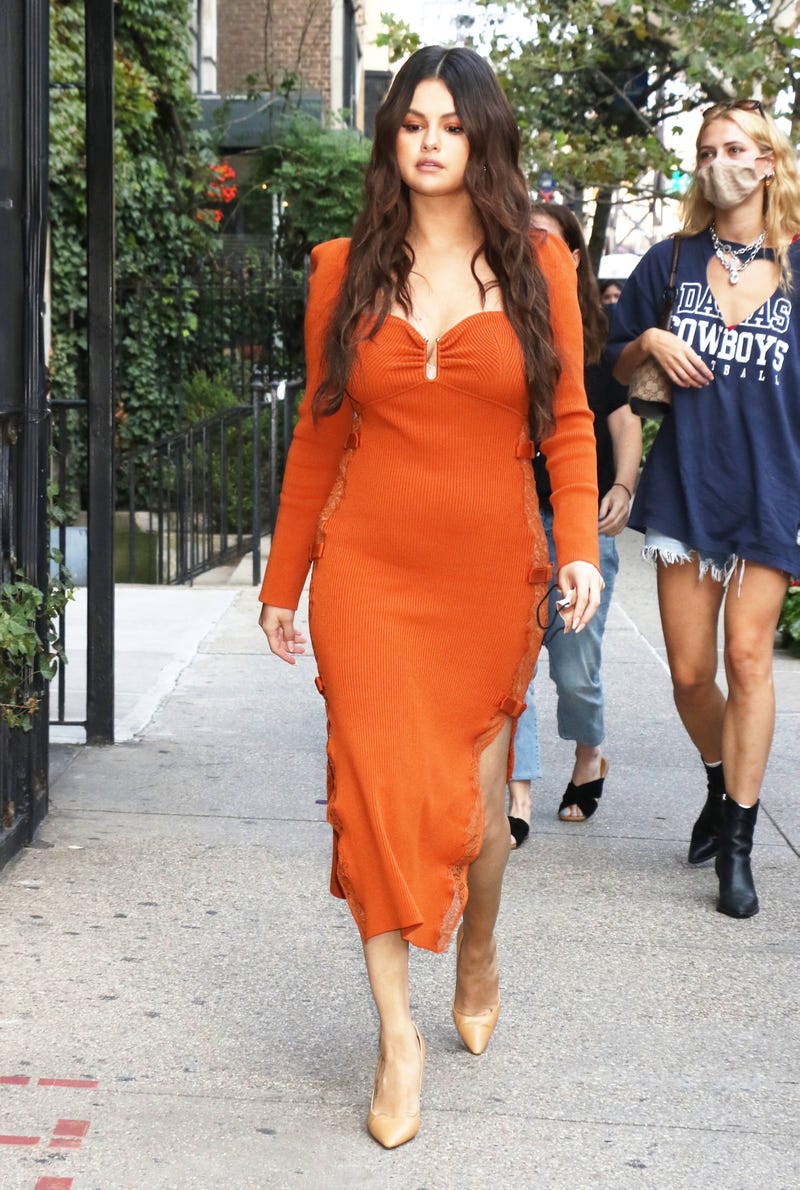 By the looks of it, Selena is clearly getting Fall fashion ready, as we not so casually fall for every one of her looks. Can’t wait to see what else Selena and her stylist Kate Young have up there sweater weather sleeves because we’ve already penciled in time to obsess over it.