Selena Gomez threw on a classy pink dress for her appearance on “The Tonight Show,” but if she knew what Jimmy Fallon had in store for her, she might have dressed down.

The “Look at Her Now” singer found herself in the middle of a gross game called “Can You Feel It?” – not that the host was thrilled about it either. The two took turns blindly putting their hands inside boxes filled with mystery items like raw eggs, hair in a shower drain and even a cow brain. The goal was to guess what the items were.

“Do you smell that? I think it’s food for like a duck,” Gomez said as the final round arrived. Both she and Fallon put their hands on top of a pile of creepy meal worms. Neither guessed correctly, but both ran for the hand soap afterwards.

Selena’s appearance turned more civil at the interview desk when she talked about her highly-anticipated new album Rare that was just released last week. The 27-year-old said it was a relief to finish her first studio LP since 2015.

"I'm very happy. I think I was holding my breath for four years and then finally I exhaled and now it exists," Gomez said. 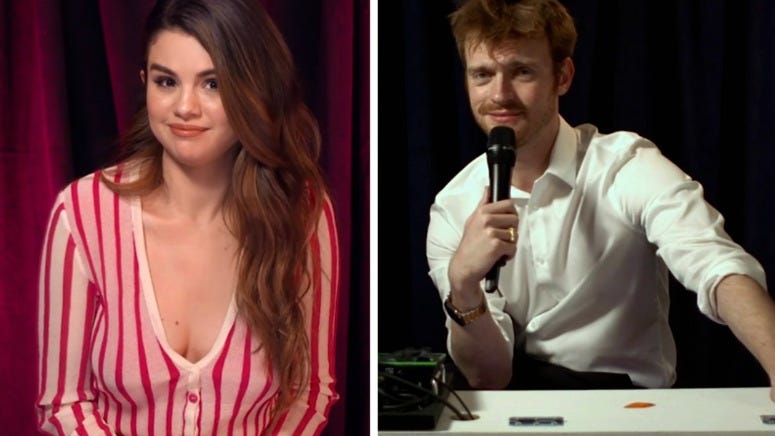 Artist to Artist: Selena Gomez Wants an Invite to Dinner With FINNEAS and Billie Eilish

And there’s more where that came from. Gomez revealed that some tracks that didn’t make the album will still see the light of day.

"I can't really tell when, but one of my favorite tracks is called ‘Boyfriend,' so I can't wait for people to hear that one."

.@selenagomez reveals the title of an unreleased song while discussing #Rare! More with @selenagomez on #FallonTonight! pic.twitter.com/sgm2TOglPB