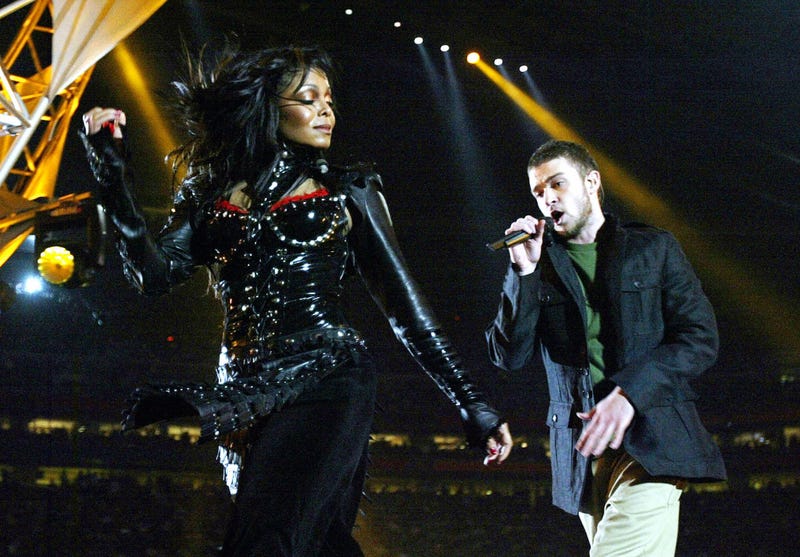 The stylist who helped Janet Jackson get into glam for her famed 2004 Super Bowl half-time performance with Justin Timberlake is alleging that Timberlake plotted the infamous “wardrobe malfunction.”

Stylist, Wayne Scot Lukas told Page Six that Justin wanted the outfit failure to occur because he was aiming to outdo Britney Spears who had just performed alongside Madonna and Christina Aguilera at the MTV Video Music Awards. Plus, during this VMA performance, Brit and Madonna shared a now notorious kiss, that had the whole world talking.

Scot Lukas added that during his halftime show JT “insisted on doing something bigger than their performance. He wanted a reveal.” Wayne also shares that originally Jackson was going to wear a pearl G-string inspired by one that Kim Cattrall’s character, Samantha, wore during an episode of Sex and the City. The stylist explained, “Janet was going to be in a Rocha dress, and Justin was going to step on the back of her dress to reveal her butt in this pearl G-string.” However, “the outfit changed a couple of days before, and you saw the magic.”

Ultimately, the pearl underwear plan never panned out and Timberlake ended up tearing off a part of Janet’s top at the end of their halftime show, and monetarily revealed Jackson’s breast. JT famously claims the whole incident was a “wardrobe malfunction.”

Scot Lukas said, “I wouldn’t call it a wardrobe ‘malfunction’ in a million years. It was the most functioning wardrobe in history. As a stylist, it did what it was intended to do.”

The stylist also says that he chose to open up about the incident 17 years later because Timberlake recently apologized to Janet via an Instagram post. Additionally, it is believed that JT’s manager, Johnny Wright insisted that Janet forgave Timberlake after his public apology.

The industry stylist notes, “Janet has already forgiven Justin in private. They made their peace a long time ago.”

Currently, Scot Lukas is working on a tell-all book where he will tell the Janet and JT Super Bowl story in full for the first time, as well as opening up about other dark fashion and show business industry secrets. However, he says there won’t be any other details about Janet in the book sharing, “I’ll never throw her under the bus. She’s my friend and is one of the loveliest people I’ve ever worked for. There’s nothing shady about her.”