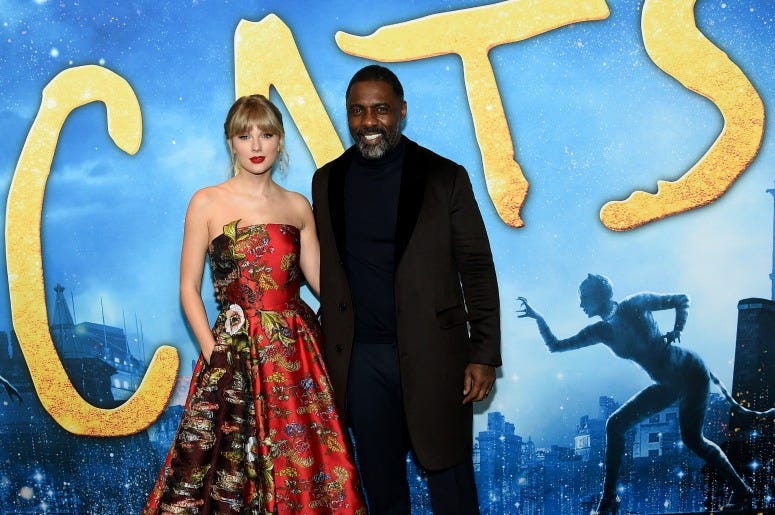 What did we do to deserve Jennifer Hudson?

The Academy Award winner and the cast of Cats joined Jimmy Fallon and The Roots on The Tonight Show Wednesday to give “Memory” the classroom instrument treatment. Taylor Swift sings and plays a mean glass bottle, along with Jason Derulo, Francesca Hayward, and James Corden on the classic.

This time around it’s a bit of a twist on the typical classroom instruments the band uses for the segment, opting for things found on the street like trash lids and empty metal cans to back the performance. The highlight though is Jennifer Hudson, who steps in and takes everything to another stratosphere with her voice.

In the film, “Memory” is Hudson’s song to sing, but here she gets an awesome assist from a few of her co-stars.

Cats opens everywhere this week, with reviews already mixed and confused. It’s currently sitting at only 17 percent on Rotten Tomatoes, with reviewers using words like “absurd” and “boring” about the half-cat half-people singing and dancing hybrid. The film is directed by Tom Hooper, and features a new original song written by Swift and Andrew Lloyd Webber.

“What I couldn’t believe was the extraordinary beauty of these lyrics that Taylor had written,” explained Hooper about “Beautiful Ghosts” earlier this year. “It was as if someone had come into the film I was in the middle of making and read the script, met the actors, and seen the world, and reflected back to me a profound understanding of what we’re trying to do with the movie.”

Cats is in theaters everywhere on Friday December 20.