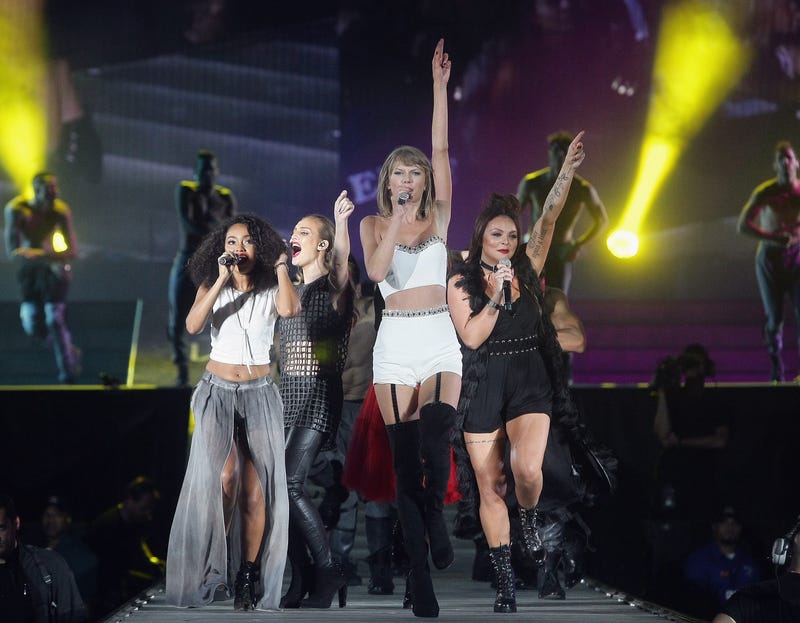 At the BRIT awards on Tuesday, both Taylor Swift and Little Mix had historic wins.

The “cardigan” singer received the global icon award during the ceremony, making her the first woman and non-English artist to take home the honor. The 31-year-old is also the youngest person to ever win the award.

Past winners of the global icon award include Elton John and David Bowie.

During her acceptance speech, Swift shared, “I want to thank the BRITs or anyone who decided that I would be worthy of this incredible honor. I'm really, really proud to be a part of this music community, especially in a year when we all needed music so much."

Additionally, Little Mix became the first girl group to ever take home a BRIT Award. Girl groups have been central to British pop culture and the English music industry, but none have ever taken home a trophy during the ceremony.

In the same night that Taylor snagged her global icon award, Jade Thirlwall, Leigh-Anne Pinnock, and Perrie Edwards won the BRIT for “British Group.” Fellow nominees in the category were The 1975, Bicep, Biffy Clyro, and Young T & Busey.

After countless thank yous and a thank you to former Little Mix member, Jesy Nelson, Pinnock said, “It’s not easy being a female in the U.K. pop industry. We’ve seen the white male dominance, misogyny, sexism, and lack of diversity. We’re proud of how we’ve stuck together, stood for our group, surrounded ourselves with strong women, and are now using our voices more than ever.”

Along with other award ceremonies, the BRITs have been critiqued for a lack of diversity amongst nominees and winners. In 2017, the academy behind the U.K. award show was expanded in an effort to be more inclusive.