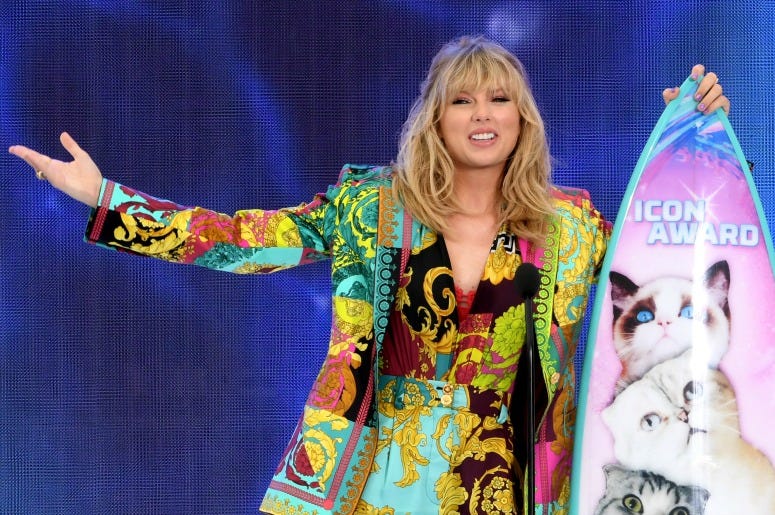 In an interview with CBS Sunday Morning, Taylor Swift has confirmed plans to re-record her albums following the sale of her catalog to Scooter Braun in June.

The Lover singer discusses the sale of her music from Big Machine Label Group to Braun’s company, which prompted a very public blowout between the two. Swift tells interviewer Tracy Smith that the plan is to re-record the previously released albums to regain control.

“Might you do that?” asks Smith about the potential new recordings. “Oh yeah,” Swift responds.

Swift also tells Smith that she first found out about the deal when she read about it online, and insists that her inner circle was not made aware of the proceedings. In June when the sale took place, Swift took to Tumblr for a lengthy letter about the ownership of her music and her personal feelings about Braun.

“For years I asked, pleaded for a chance to own my work,” Taylor wrote, alleging that her previous label, Big Machine Records, held ownership of her recordings and offered to let her “earn” them back one by one. Every new album released would equal ownership of a previous work. “I walked away because I knew once I signed that contract, Scott Borchetta would sell the label, thereby selling me and my future.”

Swift went on to discuss her reasons for walking away and ultimately signing with Republic Records, and her distaste for Braun who she blamed as an associate of Kanye West during their feud. “I learned about Scooter Braun’s purchase of my masters as it was announced to the world,” she wrote. “All I could think about was the incessant, manipulative bullying I’ve received at his hands for years.”

Braun is also the manager of Ariana Grande and Justin Bieber.

The full interview with Taylor Swift will air on CBS Sunday Morning on August 25 at 9:00 AM ET. Swift will release her seventh studio album, Lover, on Friday.