The six talented participants traveled to a shuffleboard club in Brooklyn to sip some suds and shots, but unfortunately many of the drinks were not the kind you would find on menus in bars. 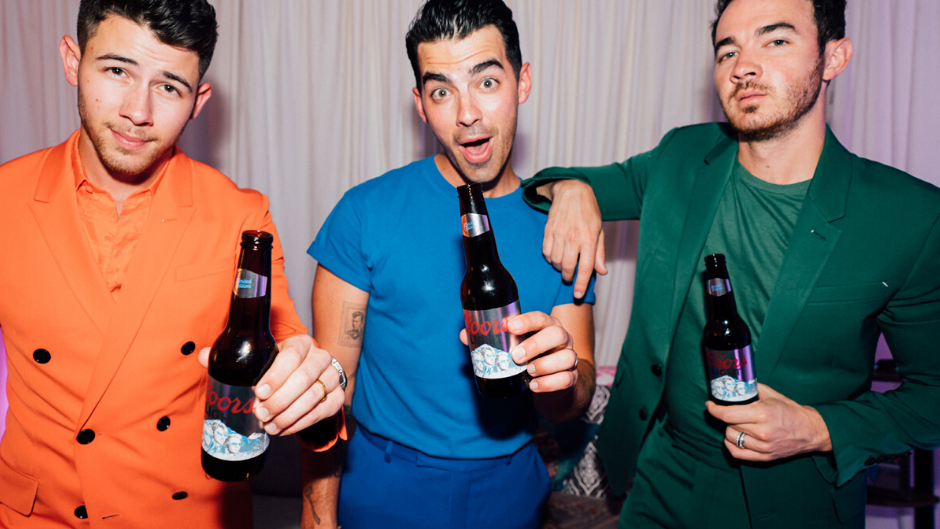 The segment started off harmlessly enough with a beer before downshifting into some disgusting concoctions. One of them was a mix of Kahlua and fruit juice served in a baby bottle in honor of the youngest brothers – Nick and Josh.

Various drinking games followed, which at least used liquors that included Nick’s own tequila brand. There was also the “What A Man Gotta Do” shuffleboard challenge - in honor of the Jonas Brothers’ new song - that led to even more, rowdier drinking.

It all culminated with six tipsy guys being tasked with writing a pop song in five minutes. The Meyers brothers and McBrayer went up against the music veterans and predictably lost.

The Jonas Brothers probably won’t do that new song when they appear at the 62nd annual GRAMMY Awards this weekend, but we do expect a spectacular performance of some sort from the guys during the show. They’re also hoping to take home some hardware as a result of their first nomination in more than a decade. The Jonas Brothers are nominated for Best Pop Duo/Group Performance for “Sucker.”