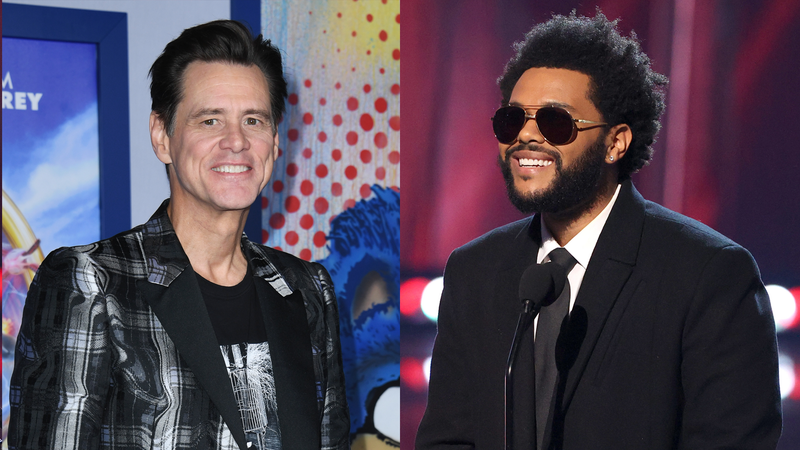 We love us a good unexpected friendship. And nothing screams more unexpected then The Weeknd and Jim Carrey, who initially bonded over their love of telescopes.

We know, peculiar, but we’re obsessed, shall we go on? That’s what we thought.

Okay so, during his recent sit down with GQ, The Toronto artist, AKA Abel Tesfaye, shed light on his relationship with the Ace Ventura actor, recalling the it all began at his his 30th birthday celebrations last year.

According to The Weeknd, he and Carrey had already been texting for a bit before that, but didn't meet in person until... well we'll let him tell you.

“We’d been texting prior to that (30th birthday party). And then, on my 30th birthday, (Carrey) surprised me,” Abel recalled. “He just pulled up to my crib and took me to breakfast.”

“He lived literally like two buildings down from me. He had a telescope, and I had a telescope. He was like, 'Where do you live? What floor do you live on?' I was like, Blah, blah, blah. And we looked out the windows on our telescopes and we could see each other.”

The Weeknd also admitted to being somewhat starstruck by his new friendship, adding: “That was like the beginning of my 30s. It was just like, What is going on?”

And the rest is beautifully weird friendship history.

Speaking of beautifully weird, The Weeknd’s After Hours days are behind us, as the artist has been teasing us that “The Dawn is Coming,” and he’s about to make good on that promise.

Throughout the last few weeks, minor hints have been trickling in via Abel’s socials. However the last few days has excitedly brought us a bit more substantial information, yet nothing official, that is until now.

We officially have a release date for The Weeknd’s new single - which is 8.6.21.

So not only did we find out about Abel and Jim’s unexpected telescope bromance, but we also have a date in the very near future to freak out about. The Dawn is coming y’all - get hype!