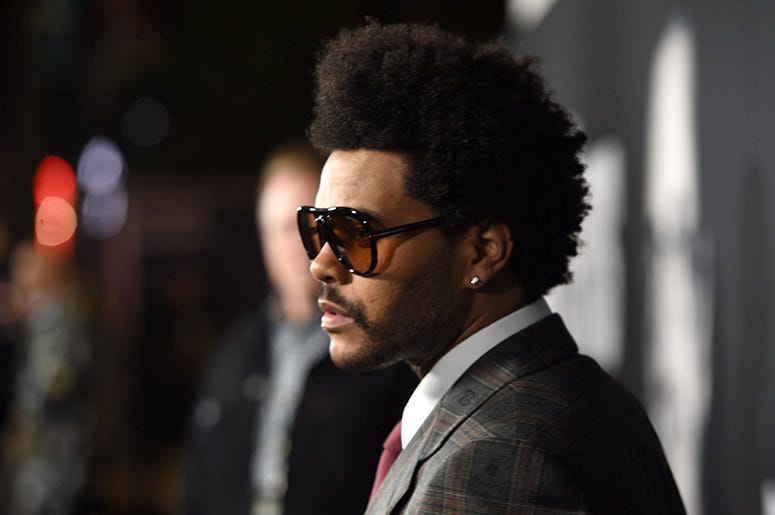 Photo credit Joshua Blanchard/Getty Images for A24
By Will Darkins, RADIO.COM

Officials for the 2021 Super Bowl Halftime Show have named The Weeknd as headline performer for the February 7 game.

When your talent is limitless, you belong on the world’s largest stage. @theweeknd #PepsiHalftime #SBLV @rocnation pic.twitter.com/xS31Vka9DH

“The Weeknd has introduced a sound all his own,” said Jay-Z, Head of Roc Nation, the company responsible for planning the halftime show. “His soulful uniqueness has defined a new generation of greatness in music and artistry.” The NFL championship game will take place at Raymond James Stadium in Tampa, Florida. Due to coronavirus restrictions, league officials estimate crowd capacity to reach just 20% for the big game.

Starting in 1967 at LA Memorial Coliseum, the Super Bowl Halftime Show became a storied American tradition. That first show featured The Three Stooges with The University of Arizona and Grambling State marching bands in toe. Since then, big name performers like Jennifer Lopez, Shakira, Justin Timberlake and Lady Gaga have graced the stage. That’s something The Weeknd recognizes and values.

“We all grow up watching the world’s biggest acts playing the Super Bowl and one can only dream of being in that position,” he said in a statement.

“I’m humbled, honored and ecstatic to be the center of that infamous stage this year,” The Weeknd said.

If Super Bowl Halftime organizers were seeking a provocative act for 2021, they hit the mark with The Weeknd. His eccentric flare has been on display at the MTV Music Video Awards, in a sex charged gory music video, and his impeccable Halloween costume. Organizers are eager to see what comes out on stage. “The Pepsi Super Bowl Halftime Show is one of the most anticipated performances of the year and we are thrilled to welcome The Weeknd to the stage,” said Todd Kaplan, VP of Marketing, Pepsi.

“After a year that’s largely been void of live music, we can’t wait to watch The Weeknd transform the world’s biggest stage with his limitless talent and creativity, delivering what will most certainly be an unforgettable performance that will be remembered for years to come.”