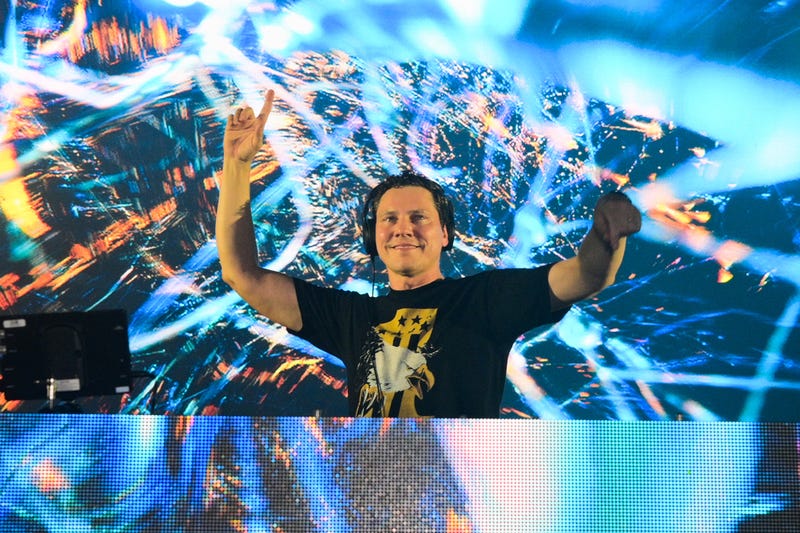 During Tiësto’s set at Creamfields festival in Daresbury, England last week, the famed DJ blasted the ashes of a late fan out of a confetti cannon.

The BBC reported that 30-year-old, Stuart Mitchell, took his life in July. The EDM fan had purchased tickets to the Creamfields festival, but his tickets were sold off after his passing in order to help cover the costs of his funeral. Mitchell was also a father to his three-year-old son.

Listen an Audacy exclusive dance music extravaganza curated by the legendary Tiesto. Only available on Audacy.

Mitchell’s family sent out packets of his ashes to festival attendees so that they could be scattered across the festival grounds. His mother wrote, “I would be most grateful if you were able to scatter them somewhere at Creamfields so that he truly went there one last time.”

Two Creamfields attendees, Ryan and Liam Millen reached out to the festival organizers to see if they could get a photo of the ashes pictured on the main stage. However, the organizers came back with another offer, suggesting that they put Mitchell’s ashes into a confetti cannon that Tiësto would utilize during his closing set at the festival.

The Millens also printed out posters of Mitchell and his son that read, “This last dance is for you mate.”

Ryan told the Liverpool Echo, “Words cannot express our gratitude to his family for allowing us, to everyone who listened to his story and took pictures with the banner, and most importantly to the Creamfields production team for going above and beyond to accommodate us and go out of their way to allow us to honor his memory in such a fitting way.”

“Stuart Mitchell, we are humbled to have been allowed to help you complete your journey with us.”

Mitchell’s sister, Laura, later told the Millens that her brother had been a long-time fan of Tiësto and that at his funeral they played the Dutch DJ’s song, “Adagio For Strings.”