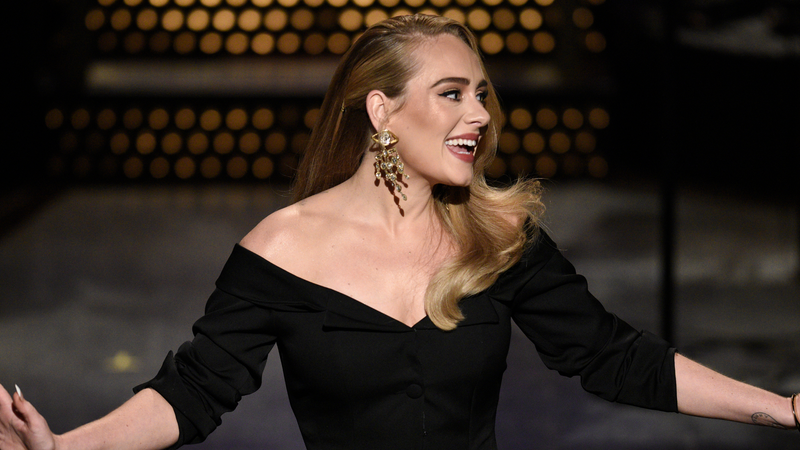 To go along with her November British Vogue cover, Adele sat down with publication for a blind taste test of British dishes, and guess what… she pretty much nailed it.

In the segment called Ultimate British Taste Test with Adele, the “Easy on Me” singer stepped into Adele’s Cafe to look back at some of her favorite food memories, and taste test a variety of famous British dishes all while wearing a blind fold. Which the star admitted made her “feel like I’m starring in the next 'Fifty Shades of Grey' movie.”

Adele tried everything from pork pie to trifle, the singer then revealed what she cooks for her son every week ( a Sunday roast) as well as her go-to Nandos order (a quarter of chicken with coleslaw, rice and some fries).

Before the icon became the musical sensation that she is today, she worked at a North London cafe in her hometown of Tottenham.

"I actually used to work at a cafe, I worked at the River Lee Caf in Tottenham and so it started off where I'd just be helping take out the food and stuff like that," Adele said describing her early days working in a café as a teenager. “But a year later I was making some of those breakfasts," she noted, after correctly identifying pickled eggs .

Check out the entire video below to see how many dishes the superstar correctly identified. Plus, learn who taught her to cook and how she prefers her PG Tips (aka tea).