You know her from her 2015 single "Gold," and her collaborations with Linkin Park on their 2017 single "Heavy," Cheat Codes on 2018’s "Put Me Back Together," and her work with Steve Aoki and Nicky Romero on "Be Somebody.”

Now electro-pop singer Kiiara is back with a brand new single, “I Still Do,” following 2019's "Bi-Polar" and “Open My Mouth” off her soon-to-be-released debut album. 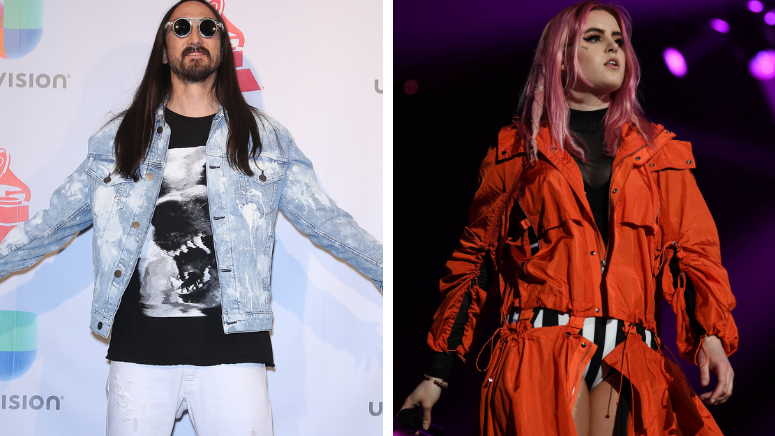 Kiiara is constantly deriving ideas and inspiration from loved ones. The singer explains that having the ability to “vent” to her friends and family allows her to process her emotions and in turn, she can go into the studio and write about everything she is feeling.

The “I Still Do” singer has consistently been able to advance and evolve her sound, however, she has always stayed true to who she is. Kiiara speaks to this ability and she shares how “I Still Do” came together.

“I was so nervous, I didn’t how to control my voice at all because this was like a few years ago, maybe like three…” Kiiara worked with Ali Tamposi, Justin Tranter, and Jason Evigan, who she says were three artists who really encouraged her to find her strength on the record. “They were so encouraging… working with them I’ve learned so much,” Kiiara continues, “I didn’t write the whole song, we co-wrote. So when it was sent over I really related to it, and connected, and made it personal to me… it’s nice working with people of that caliber… to help guide you.”

Additionally, if you’ve ever wondered who Lil Kiwi was, Kiiara finally has some answers for you. “Lil Kiwi will always be a part of me. It’s not an alter ego, it’s kind of just like who I was early in my career. I made a lot of bad decisions… and was kind of like a loose cannon, like you never know what you were going to get. I want to bring people to that part of my life and that chapter and explain myself,” shares Kiiara. The pop star candidly elaborates on the fact that Lil Kiwi was a defense mechanism for herself. When she was coming up in the music industry and felt uncomfortable, often times the personality traits of Lil Kiwi would bubble up as a reaction. As she’s matured Kiiara wants to move away from that alter-ego and demonstrate that she is a more poised artist now.

The new, debut album will be a direct representation of who the new, transparent Kiiara is. The singer shares that the album is also an explanation of why her new music has taken so long. “It’s been like five years, but you know I’m finally ready to be like this is who I am, this is what I’ve been going through. And hopefully, I can help people. Hopefully, like the music can help someone, even if it helps a handful of people,” Kiiara opens up.