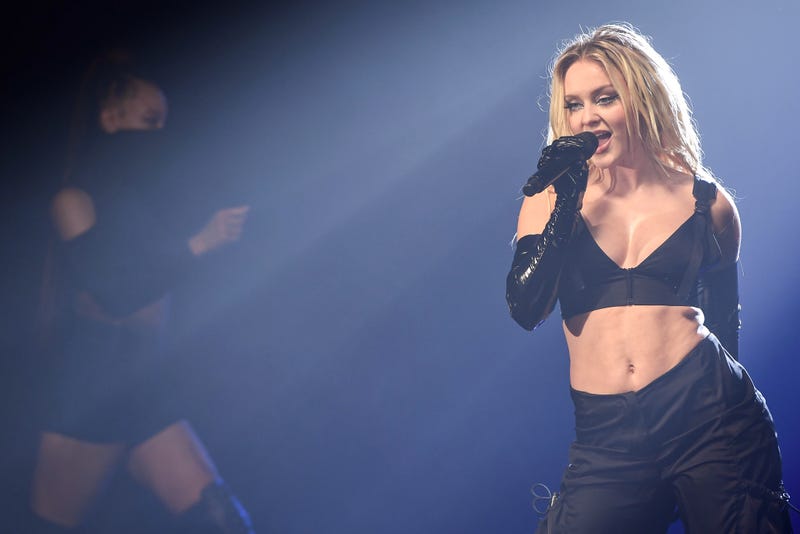 Pop music has two rising stars in Larsson and Beer, and their sleek and sophisticated performances at the EMAs certainly proved that these two have arrived.

Repping the United States, Madison performed “Baby” to give us a taste of what’s to come from her very first studio album Life Support. The socially distanced awards ceremony had Beer performing on a set, but nonetheless, the singer’s moody and alluring vibes came through in her lyrics, her choreography and her all-black trench coat floating across the floor as she uttered the words “If you wanna be my baby, know I’m gonna drive you mad.”

Enter Zara Larsson, the Swedish pop singer whose newest single “WOW” has won over the hearts of fans around the world. Larsson has been orbiting in our pop music sphere since her 2017 release of “Symphony” but now, leading up to the release of her sophomore album, Poster Girl, Zara is here to show us that she’s in it for the long run.

The singer’s killer dance moves say something about her commitment to perfecting each facet of her craft, and her lyrics are the kind that makes for an earworm, that many artists strive for. For example, since listening to “WOW” how many times has the opening lyric, “Baby I’m not even in a gown, I’m just in a t-shirt on the couch” run through your head? Because we’ve been humming that line all day.

Larsson took the remote stage at the EMAs and flexed her vocal abilities as she opened with an a cappella intro to “WOW.” If you weren’t saying “wow” at this point then, you were definitely on the edge of your seat as the song’s beat dropped and Larsson and her back up dancers broke out into explosive choreography, the kind you expect from a global superstar on a world tour.

Both Beer and Larsson will be giving us so much more as their new albums arrive and we can’t wait.