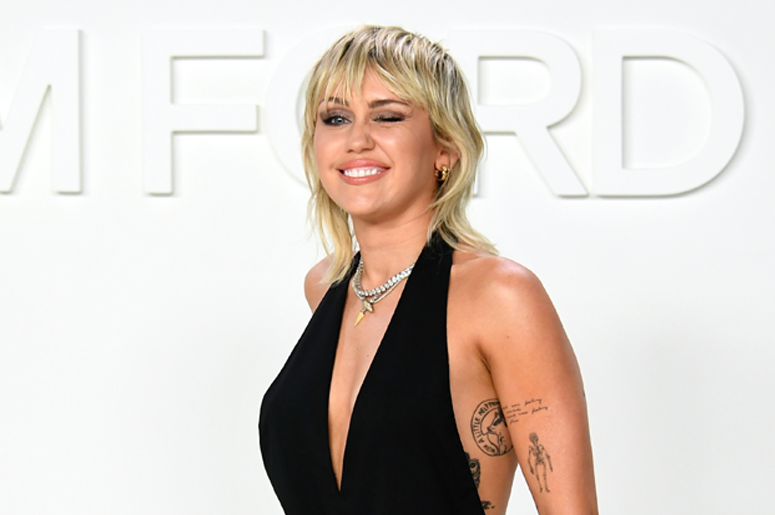 Since Miley Cyrus can’t do anything conventionally, and also because public appearances are currently forboden, Miley opted to host a variety show in the form of a TikTok livestream in order to promote the release of her newest album, Plastic Hearts.

The show featured sketches, games, and a very convincing prank pulled on special guest Iggy Azalea. This is how it all went down.

Cyrus and Azalea were just casually discussing Miley’s new project in a dressing room, when suddenly it began to fill with smoke. Before the madness ensued and the fire alarm went off, Azalea and Miley realized the door was locked from the outside.

As they scrambled to figure out what was even happening, Miley paused to ask, "Are you freaked out?,” to which Azalea who was clearly slightly panicked, hiding underneath her coat, shouted out “no, we can survive this.”

To keep up the charade Cyrus pretend dialed for help and said they weren’t answering. A few moments later she revealed the entire ordeal was nothing but a prank by saying, "Thank you for nightcrawling with me.” Confused?, yeah so was Iggy, who responded with, "What the f*** is nightcrawl?!” Which apparently, according to Miley, is just "some s***" she made up.

Thankfully, the ladies were never in any real danger and there was no actual fire, as both got to safely exit to the sound of the Hannah Montana transition sound. Check out Miley’s entire livestream above and for that crazy prank on Iggy skip to right around 4 minuses and 55 seconds in.