By Joe Cingrana and Maia Kedem, Audacy
Updated on

In celebration of the release of his brand new album, Harry's House, Harry Styles zoomed in to chat with Audacy’s Bru, and guess what! You get to be our plus one.

Chatting about everything from what Harry’s House means to him, what he learned along the way while making it, and all the exciting touring plans he has coming up, Harry and Bru got right into it.

“Harry’s House to me is very much like me… being the most comfortable with… who I am as both a person and a musician. And I think when I listen to it, that’s what I get from it,” Styles said. A mix of being both “happy but also exploring what kind of music I want to make,” but most importantly of all, it’s about “having the most fun.”

Listen to your favorite music now -- curated for fans, by fans -- on Audacy’s Harry Styles Radio, and more!

As Harry previously shared, he had been writing Harry’s House while on tour for his previous *chef’s kiss* of an album that is Fine Line. Curious as to what he learned (musically or otherwise) during this time of exploration and travel, Bru asked Harry to enlighten us.

What Harry did indeed learn was “to trust myself and my instincts and stuff, when it comes to making music… I’m really lucky to have a group of people that I make music with, that I really trust, and that obviously allows me to be a lot freer.” Adding that his “closeness with those people is what allows us to explore different things.”

While the album is in fact Harry’s, both by name and any reason the counts, he admitted, “ I don’t think I could have made this album if it wasn’t for my wonderful friends. It’s very much kind like a dedication to them.”

He continued, “I feel like the place I kind of feel like I’m at in my life, to be able to feel comfortable enough and free enough to kind of be who I am, and make the music I want to make, I feel like it’s because of the environment they’ve kind of created for me.”

Now that Harry’s House is no longer just Harry’s secret, he plans to of course take it on the road. First with Harry Styles One Night Only, which goes down in New York tonight, May 20, the night of the albums arrival date. Followed by another in London on May 24, which of course is just practice for his Love On Tour world trek, set to kick off on August 15!

“It’s just exciting to get to play the songs for the first time… which is hopefully one of many times, and I think there’s like a special kind of excitement in the room,” Harry said, granted he’s only done it one other time with Fine Line. But as he recalls, “it was just really fun to be with everyone in that room and feel like it was like the moment it was coming out, and that felt really special and so yeah I’m excited for this one,” he said with a smirk, “it’s gonna be cool.”

And while not all will be in attendance at tonight's show, let us rejoice that we've all been invited into Harry’s House with the interview above. And that we may also finally put the album overanalyzing to bed, and celebrate by listening to to Harry’s House on repeat. 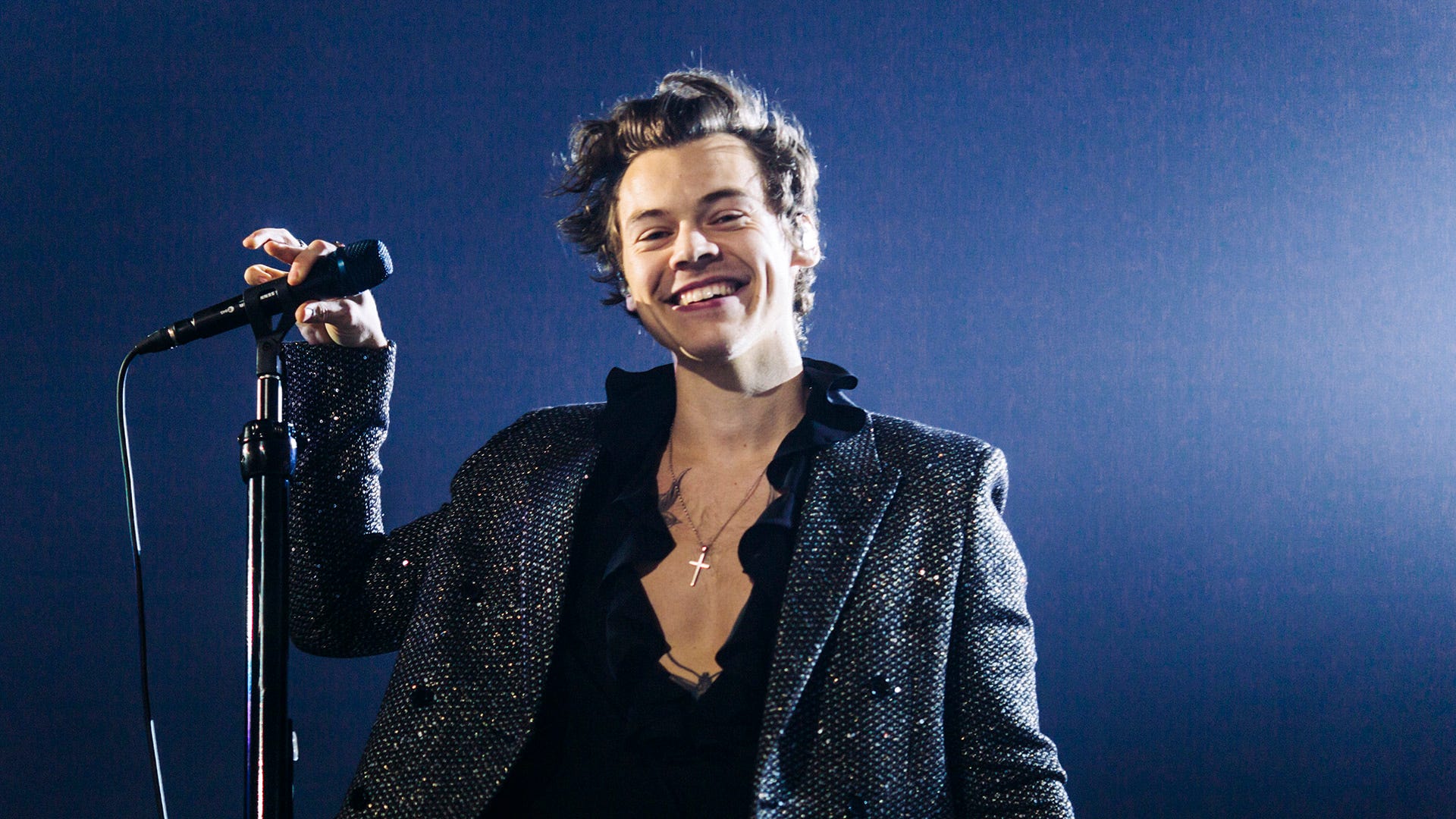 Listen to even more of your favorite music on Audacy's all-new stations like Harry Styles Radio, Pop Goes Love, Girl You Know It's Cheese, Let's Get Social, K-Bops, Beach Beats, Collabornation, and so much more!