When Bruno Mars and Anderson .Paak aka Silk Sonic check in with Audacy, you know it’s gonna be a party — and that’s exactly what it was. That’s right, before Julia even got started, the duo broke out into song.

Once the duo settled down, she thanked them for the bottle of Selva Ray white rum they gifted her as “Something to sip on while you listen to the new Silk Sonic Album,” which excitedly arrives in 1 week.

As for what hangover meal is needed for after a night of sippin’ on some Selva Ray. Well, according to Mars there is none, because “there is no hangover with that, that’s called top tier, that’s top shelf stuff right there.” Hmmm, good to know.

Moving along, but before shifting the convo to their latest single, Julia had to give credit where credit was due. Praising .Paak for his Halloween costume, which if you happened to miss was - drumroll please… Bruno Mars on the cover of his 24K Magic album cover. And yes… it was 24K Magic, see for yourself.

After confessing that getting into character was actually harder than he thought it would be and joking that at one point he even considered shaving his legs, Anderson admitted that the costume was a total surprise to Bruno, who actually took a moment to thank him and say “it was the sweetest thing.”

Next, the discussion shifted to the meaning and concept behind “Smoking Out The Window,” the duo’s latest single, which also just so happens to be “the first song me and Andy ever wrote together,” according to Mars.

Written about 4 years ago, while the two were on tour together they went to the studio and in a way that was the start to it all.

“Basically the song is just about a man going through it, and you can hear him being emotional… saying some heinous things, but really he’s begging, begging for it back.”

“His pride is hurt, his heart is broken,” Anderson jumped in, adding “you know sometimes when you leave the door open… she might have you smokin’ out the window.” Way to bring full circle .Paak, truly - Bravo.

If you’re wondering whether the two ever knew they’d be a duo one day, or if “Smoking Out The Window” is about any one lady in particular, and a few things more— then you know what to do. Press play and check out the entire interview above.

The smooth-sounding project will feature Mars and .Paak’s lead single “Leave the Door Open,” which debuted at the GRAMMYs just a few weeks after its arrival, as well as “Skate,” the “Silk Sonic Intro," and of course their latest single "Smoking Out The Window" — which you can check out below. 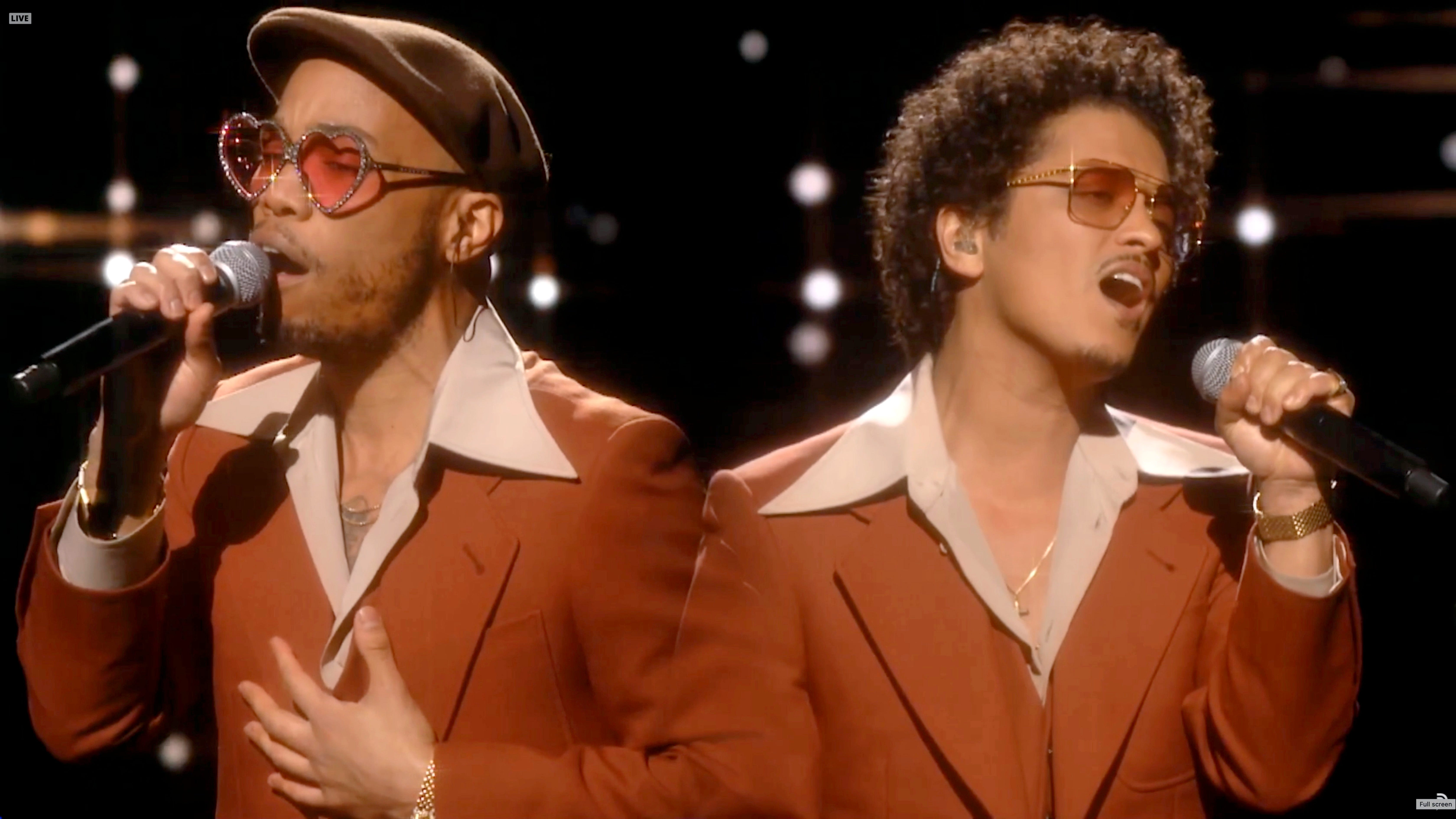