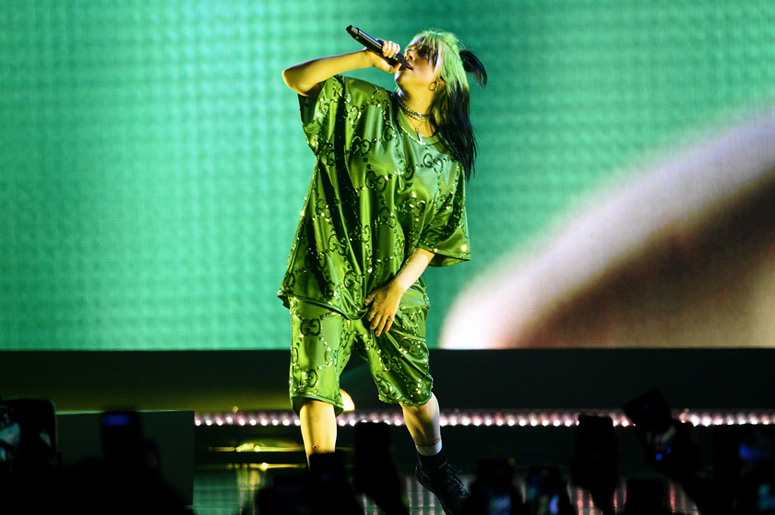 It’s officially the month of its arrival and now that Apple TV+ has released the second official trailer for the forthcoming Billie Eilish documentary The World’s a Little Blurry, we’re even more excited than we thought possible.

From the outside looking in, it might have seemed Billie’s rise to superstardom essentially happened over night. She’s here to show us that isn’t the case, giving us a behind the scenes look into the surprisingly normal beginnings of her journey before her life turned into anything but.

Directed by R.J. Cutler, The World’s a Little Blurry will spotlight the singer’s “coming-of-age story” as she is catapulted into a life she couldn’t have imagined in her wildest dreams. Maneuvering and maintaining her professional and personal life all while creating and releasing her debut album When We All Fall Asleep, Where Do We Go?.

As fans look to Eilish’s lyrics as a lifeline of support, its quite evident the feeling is mutual. In one particular moment captured, Billie is seen addressing her crowd of fans during one of her live performances, "You guys need to be OK because y’all are the reason I’m OK.”

Getting there wasn’t easy, but Billie came to the realization that channeling her own pain and fear into something beautiful was her purpose. “I look into the crowd and I see every single person in there is going through something," Eilish shares in the new trailer. "I have the same problem. I was like, ‘Why don’t I turn this into art instead of just living with it?’"

From recording her debut album in her childhood bedroom with her brother FINNEAS, and loving support of her parents, to the impact she has on her devoted fans and they on hers, and sure to be much more. We can’t wait to see exactly why Billie’s world is a little blurry.

As for what’s next, well Billie is working on the follow-up to her debut album When We All Fall Asleep, Where Do We Go? and has even teased the album’s length (16 tracks) and that it will arrive along with a new look. While that’s all we know about that, one thing we do know for certain is that we won’t be getting even one glimpse into Billie’s “new era” until after the documentary’s release.

Watch the new trailer above. The World’s A Little Blurry premieres February 26 exclusively on Apple TV+.