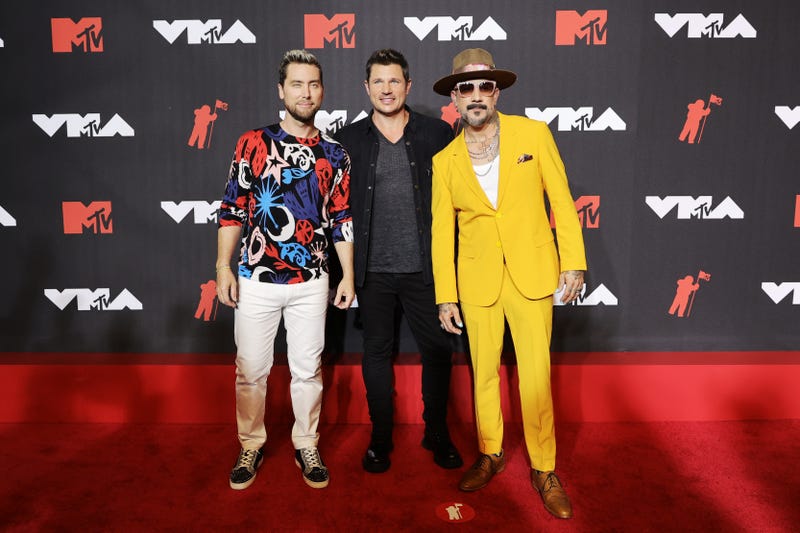 When Backstreet Boys legend AJ McLean took to the red carpet with Lance Bass and Nick Lachey during Sunday’s 2021 MTV Video Music Awards, the trio was calm, cool and collected, as other younger stars were buzzing about.

Listen to more of your favorite Pop music on Audacy's exclusive stations like Boy Band Nation, K-Bops, Beach Beats, Now Dance, Collabornation, and so much more!

During a conversation on the red carpet with Billboard, AJ spilled what BSB's most “hated” song is, sharing that "If You Want It to Be Good Girl (Get Yourself a Bad Boy)" was a song that both the band and the fans really dislike. McLean explained, “that's our least favorite song we've ever recorded. We we have never sang it live, we will never do it live."

The despised track comes from the group’s 1997 sophomore album, Backstreet’s Back, and also appears on their compilation album, which is RIAA certified and went platinum 14 times.

Lachey added, “But now you know what [the song] means to your fans.” McLean chimed in, “But now we know that it's toxic for 5-year-olds. I have an almost 5-year-old, I don't want that for her.”

AJ has two daughters, Lyric Dean and Ava Jaymes with his wife, Rochelle.

During the award show, the three spoke about the legacy of boy bands in music while presenting the award for best K-Pop to BTS. Lachey stated, “They're never gonna go away. We were lucky enough to be in an era where it was so celebrated and we had the time of our lives. It goes through a cycle and it's gonna cycle back again. It'll always be a part of music."