2019 couldn’t have been much bigger for FINNEAS. His five GRAMMY nominations concisely tell the story of his jam-packed songwriting and producing resume. It’s highlighted by the album he poured his heart and soul into with his famous sister, Billie Eilish, and the solo Blood Harmony EP he just released.

But 2020 will have new twists and turns and firsts for the man born Finneas O’Connell. The 22-year-old revealed to RADIO.COM the new year will feature a collaboration with Tove Lo – probably sometime before April – and his first full-length album of new music.

“I think when Billie and I were making WHEN WE ALL FALL ASLEEP, WHERE DO WE GO?, we knew that an album, especially a debut album, is kind of the most concrete statement you can make as a musician,” he said. “And I think I held off on doing that as a solo artist for a long time very purposely because I didn’t feel like I was ready.” 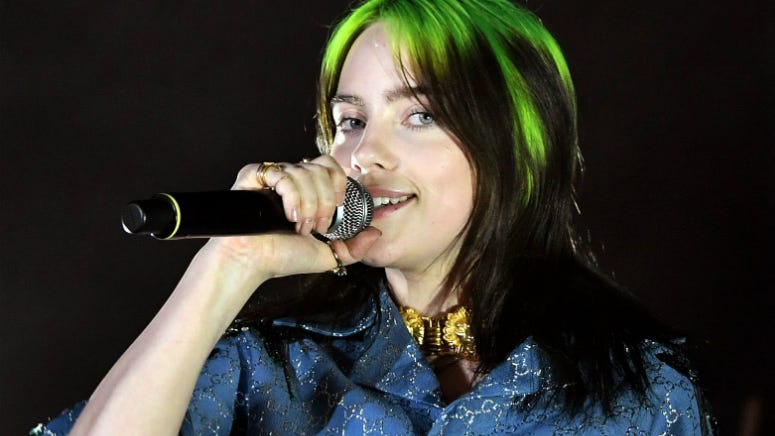 Billie Eilish Grapples With Fame on 'Everything I Wanted'

He’s ready now, especially after adding songs with Selena Gomez and Camila Cabello to his resume. The prolific creator is ready to make his biggest statement yet by focusing on things that make him uncomfortable.

“I think the times that you’re experiencing emotional discomfort, physical discomfort… they’re really clear sense memories for everybody,” he explained. “And I think they’re also quite isolating in weird ways – even down to getting a headache.  You’re the only person that can experience that headache at the time. And I think to me as a songwriter, if I can articulate how a headache feels… it’s this great way to give people this form of emotional connection that I think is not present in a song about how great your party was.”

FINNEAS also talked about his favorite lyric from “Let’s Fall in Love for the Night,” what his girlfriend Claudia thinks about the song he wrote for her and his dream collab in our interview above. Also check out exclusive, stripped-down performances of “I Don’t Miss You at All” and “I Lost a Friend.”

"I LOST A FRIEND"