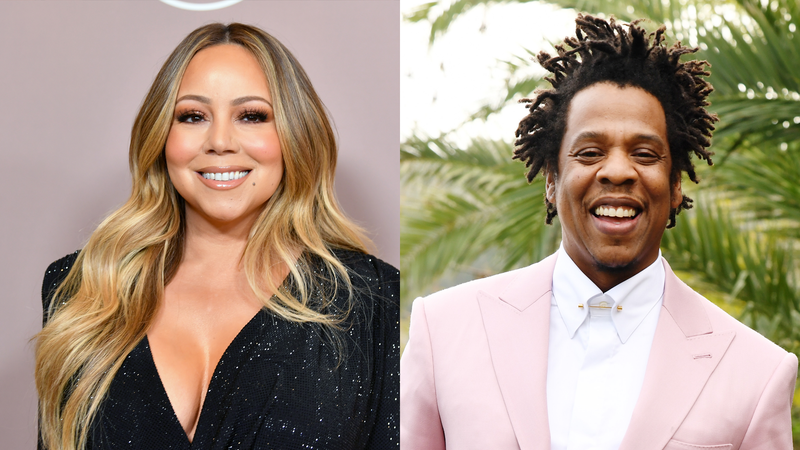 So here’s the tea, Mariah Carey is reportedly parting ways with JAY-Z's management company Roc Nation after a rather heated disagreement.

The  Pop/R&B superstar signed with the rap mogul's company in 2017 after splitting from her former representative, Stella Bulochnikov, but now according to a source of British tabloid The Sun, Carey “will formally depart in the next few weeks,” after disagreeing on plans for her career.

“She has made it clear she wants nothing more to do with him and has called it quits with Roc Nation.” Him being JAY-Z, who apparently Mariah had “an explosive meeting which did not go well at all.”

Combatting these claims is British tabloid The Mirror. Who alleges that Carey’s move to upstart management agency ﻿Range Media Partners, is due to her former Roc Nation manager new role with them as a managing partner. Adding that a source close to the pair refuted the news of an acrimonious split, sharing that "Mariah's relationship with Roc Nation ended courteously and she and JAY-Z are on great terms.”

As Mariah's name has already been removed from the label's list of clients online it’s safe to say they’ve parted ways. Whatever the case may be, the plan is said to be for Mariah to release her anticipated 16th studio album and embark on a tour without his management.

Swooping in to clear up said rumors, is Mimi herself, simply shaking off the “lies” about any issues between her and Hov with one tweet.

“The only ‘explosive’ situation I'd ever ‘get into’ with Hov is a creative tangent, such as our #1 song ‘Heartbreaker’!! To the people who make up these lies I say ‘Poof! —Vamoose, sonofa*****’!”

The only "explosive" situation I'd ever "get into" with Hov is a creative tangent, such as our #1 song "Heartbreaker"!! To the people who make up these lies I say "Poof! —Vamoose, sonofa*****"! pic.twitter.com/v8TGNuOAnZ

Guess that settles that.