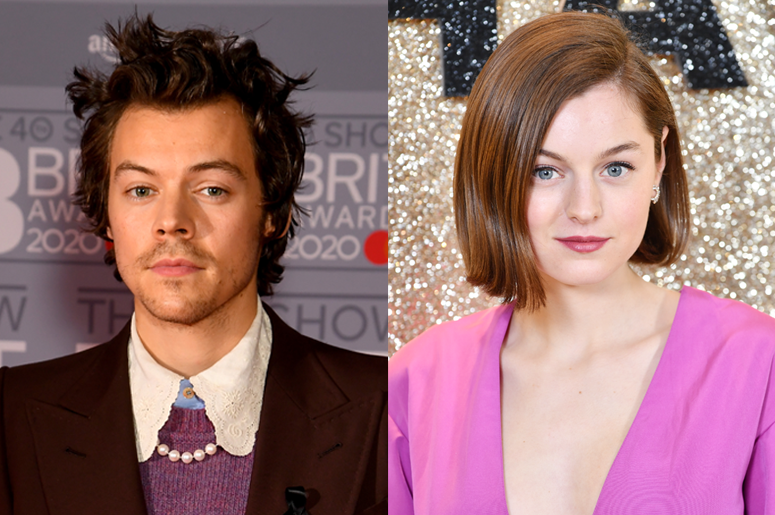 And now, let us explain.

When Emma Corrin, the new breakout star from this season of The Crown paid a virtual visit to The Tonight Show with Jimmy Fallon, she revealed that Harry Styles once babysat her dog, and the hilarious reason why he never did it again.

Fallon let Corrin know he heard a rumor and had to get the bottom of it, asking,"I read that Harry Styles walks your dog, is that true?” Emma waveringly answered, "Sort of, he once dogsat for me.” Emma further elaborated, "I was having dinner sort of near where he lives and he looked after Spencer for me.”

Adding, “the thing I love about this is also my dog has no idea.” Which she described as a “wonderful thing,” that “for a dog it’s just a person.” As opposed to an idk… swoon worthy GRAMMY-winning musician.

But for Harry, it was a one time gig, Emma admitted. “He hasn't done it again,” she said, suggesting she has a pretty good idea as to why. “I think it’s because halfway through the meal I got a message that just said, 'He won’t stop farting is this normal?’” Corrin told Fallon with a laugh.

While Styles, hasn't dogsit for Spencer again, he did randomly offer to watch a stranger's dog while the owner went inside a Hollywood restaurant to pick up takeout.

Prompted by a Twitter trend back January that encouraged people to share their "most awkward or interesting celebrity interaction," lucky dog dad, Rory Carroll, wrote of the interaction, "Harry Styles saw my predicament, tapped me on the shoulder and said he would watch Oscar while I went in. What a guy.”

I was outside a restaurant in Hollywood trying to pick up my take out order but couldn’t go in because I was with my puppy. Harry Styles saw my predicament, tapped me on the shoulder and said he could watch Oscar while I went in. What a guy pic.twitter.com/B5bQ7PQYdI

Okay, so maybe let’s add dog-sitter back to that list.