Will Smith has had quite a career – from TV to music to movies – so it’s pretty amazing that he was able to sum it all up in one 3-minute rap.

Smith joined Jimmy Fallon on “The Tonight Show” where they lyrically broke down his entire life and career to date. Starting with his childhood in Philadelphia, the two referenced everything from “The Fresh Prince of Bel Air” to Smith’s Big Willie Style album to “Independence Day.”

“Six whole years I lived with the Banks, so if you can dance the Carlton, I still give thanks,” Smith rapped. “But a real big star needs a real big screen, so I had to spread my wings, if you know what I mean.”

Smith sat down for an interview afterwards when he joked that the exercise was a little weird.

“As we were going though it was like wow, that was kind of, I had a nice little run,” he said. 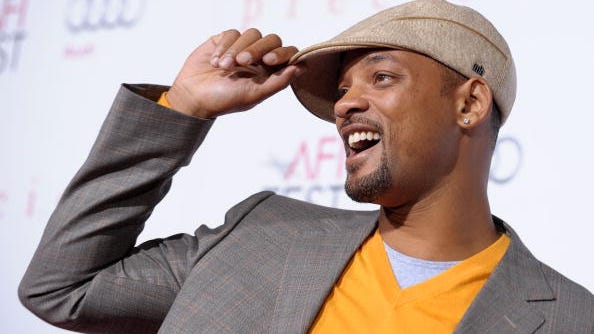 One accomplishment that didn’t make it into the rap – because it didn’t happen – was Smith’s role in "The Matrix." He said he was originally set to play Neo instead of Keanu Reeves and called it the role that got away. But he also admitted things turned out the way they were supposed to.

Smith was on “The Tonight Show” promoting “Bad Boys For Life.” His latest film co-stars Martin Lawrence and Vanessa Hudgens and arrives in theaters on January 17th.