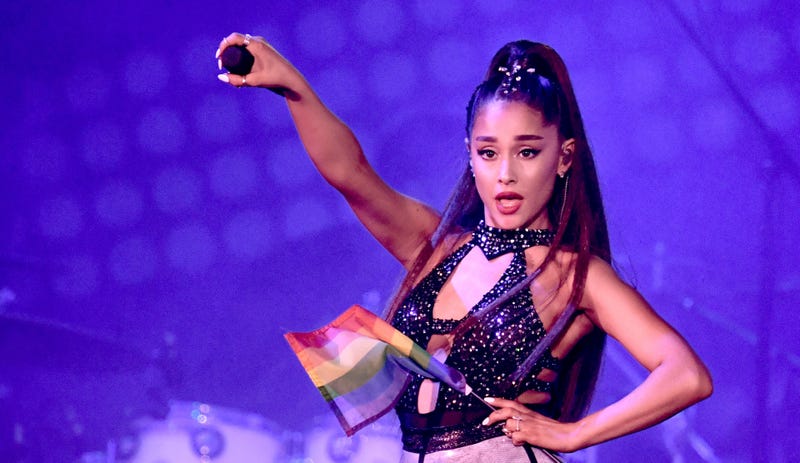 Well-known Austrian chef, Wolfgang Puck, created a memory to last a lifetime when he unknowingly met Ariana Grande at his Wolfgang Puck at Hotel Bel-Air restaurant in Los Angeles.

The chef recalled the event during a recent interview with Insider, admitting he carded Grande and her friends believing they were too young for alcohol.

“There was a table of young people — girls and boys and everybody,” he said before sharing he went over to ask them what they were celebrating outside of school. “I talked to them, I thought that maybe they were in school or in college or whatever… They were drinking, too!" Ariana Grande and the case of the missing tattoos

What Puck didn’t realize was the “students” he wanted to ensure weren’t getting away with any funny business were actually 27-year-old Ariana and her friends.

Reality didn’t hit until Puck was later requested at the table for a photo.

"I said OK,” Puck remembered, responding to the photo request. "So I go back, you know, I'm always polite, people like a picture. Then they said, 'Oh, this is Ariana Grande, she wants to take you to a karaoke place and sing!’”

Puck playfully declined the invite (talk about a bummer) saying, "Well, I think I'd take her in the kitchen and teach her how to cook probably before [I'd do karaoke].”

Ariana was at the restaurant with her friends and husband, Dalton Gomez, who she wed on May 15.