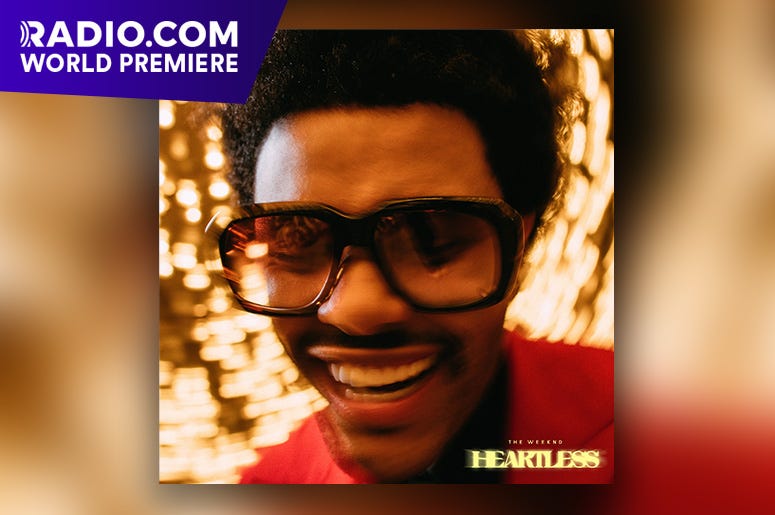 We all know The Weeknd comes alive in the fall time, and the GRAMMY-winning singer is ready to officially start the season.

“Heartless” has arrived, The Weeknd’s first new song since 2018’s My Dear Melancholy, and what looks to be the opening serve from a set of several new releases in the works. On it you’ll find all your favorite elements of an Abel original – fast cars, drugs, and sex – all anchored by that unmistakable voice and his sad swagger.

“I’m back to my ways cause I’m heartless,” he sings on the single. “All this money and this pain got me heartless.”

“Heartless” is a RADIO.COM World Premiere, which means you can hear it here and stream it on the RADIO.COM app all throughout the day on Wednesday November 27.

The official release of “Heartless” comes after a flurry of activity from the Starboy star. Earlier this week The Weeknd made his return to Instagram, simply stating “the fall starts tomorrow night.” He’s since declared this his “new brain melting psychotic chapter."

The Weeknd also appears this week in a new commercial from Mercedes-Benz, riding around in the new EQC, and asking the car to play a song called “Blinding Lights.” The song is thought to be another new track from the artist on the way, and the ad is a preview of a full film featuring the singer from Mercedes-Benz, set to debut on Friday.

There’s also those reports from internet detectives, finding a song called “Like Selena” registered under Abel Tesfaye through the performance-rights organization ASCAP. This launched a thousand conspiracy theories, being that The Weeknd dated Selena Gomez for much of 2017. Is this all a part of something bigger about to drop? There's a plenty of fall left to find out.