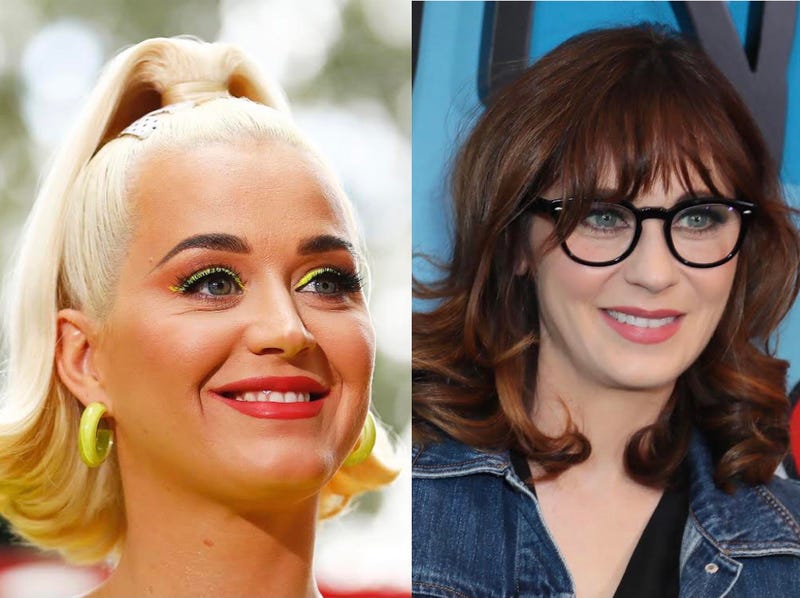 Katy Perry is finally making good use of her twinning situation with Zooey Deschanel.

The “Smile” singer dropped a surprise music video for her track “Not The End of The World,” but instead Deschanel steps in to play Perry.

When a bunch of Smurf-colored aliens accidentally abduct Zooey thinking she is the American Popstar behind hits such as “California Gurls,” Zooey is tasked with performing for the aliens as Katy in order to save the world.

The aliens doll up Deschanel in some of Perry’s most iconic fits throughout the years, which in turn provides us with a nostalgic look back at all the eras of KP. From cupcake bras to clown costumes these Katy Perry-worshiping extra-terrestrials have their Perry history down to a science.

Aside from Zooey’s commanding performance as Katy, Daisy Dove Bloom, Katy and Orlando Bloom’s daughter, makes her first music video appearance at the beginning of the piece. Daisy may not be seen in the video, but her cheerful cooing and typical four-month-old baby noises can be heard from her stroller as Katy rolls past her doppelgänger.

While in 2020 it may kind of feel like the world is at the beginning of the end, Katy, Zooey, and Daisy do a spectacular job of reassuring us that it is in fact, “Not The End of The World.”