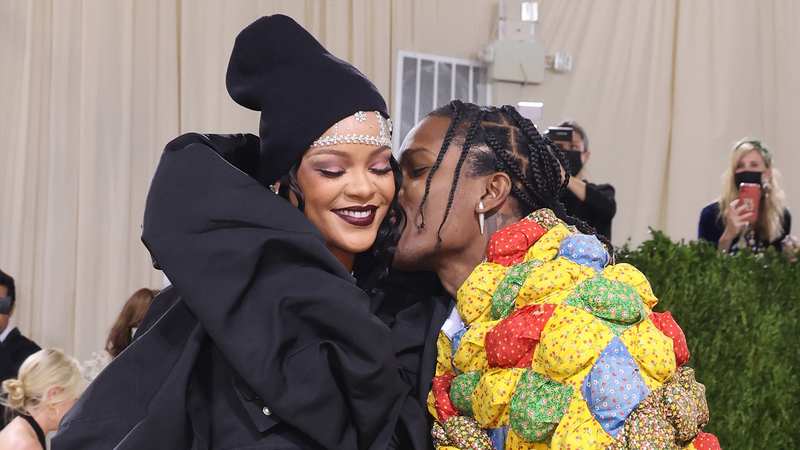 In was was probably the least surprising turn of event, Rihanna, aka basically the undisputed Met Gala queen, once again stunned, this year this year, with her king by her side.

Showing out in a custom Demna Gvasalia look that according to Vogue was “unlike anything she had worn” in her past seven appearances, RiRi was joined by her boyfriend A$AP Rocky who was rocking fresh young designer Eli Russell Linnetz. And though this wasn't their first red carpet together, it did mark their very first Met Gala since confirming their romance in May.

For the special occasion, the two looked hella cute and cozy — literally — as they were both wrapped up in oversize parkas, and honestly we we’re not prepared.

Clearly they both understood the assignment and gave us sweet PDA for extra credit. Seriously though the two couldn't contain their smiles or keep their hands to themselves.