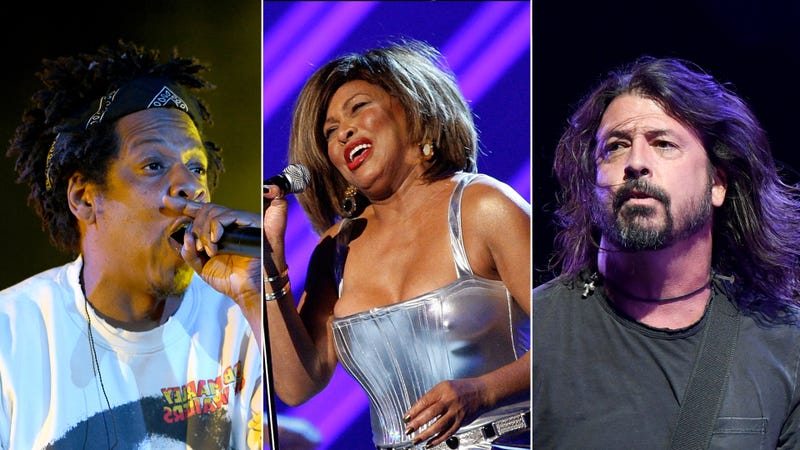 JAY-Z, Tina Turner, and Foo Fighters are among a diverse class of artists and bands to be inducted into the Rock & Roll Hall of Fame this year. Also included are musical pioneers Kraftwerk, and LL Cool J, as well as The Go Go's, Carole King, Todd Rundgren and more.

"This diverse class of talented inductees reflects the Hall’s ongoing commitment to honor artists whose music created the sound of youth culture,” chairman of the Rock and Roll Hall of Fame Foundation John Sykes said in a statement.

Here's the complete list of the 2021 Rock & Roll Hall of Fame inductees:

Three of this year's inductees are making their return to the Rock Hall: Foo Fighter Dave Grohl was first inducted with Nirvana in 2014; Tina Turner in 1991 as a member of Ike and Tina Turner; and Carole King with Gerry Goffin in 1990. This year Tina and Carole are being honored for their solo work.

The ceremony will take place live on October 30 at Cleveland's Rocket Mortgage FieldHouse, following health and safety guidelines and proper social-distancing protocols in light of the COVID-19 pandemic. The ceremony will air on HBO and stream on HBO Max on a date still to be determined.