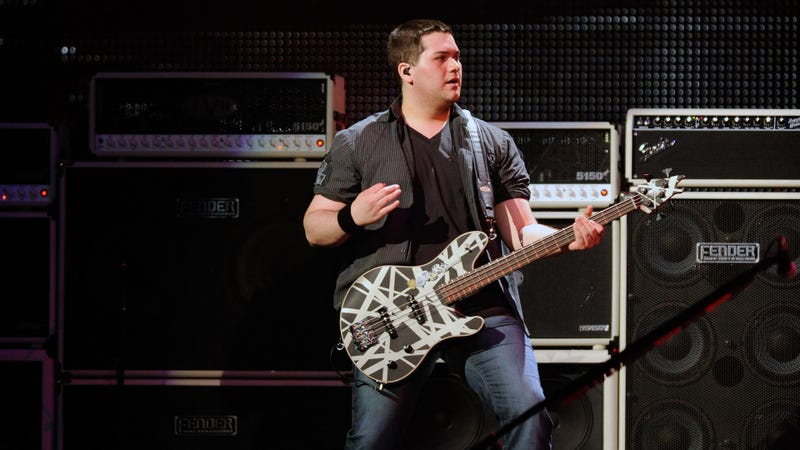 Wolfgang’s debut record has been in the works for some time now as he played every single instrument on the 14-song record. For good measure, Van Halen “showed off” how he did it in the music video for his song “Don’t Back Down.”

The album represents much more than the debut of Mammoth WVH. It also serves as an opportunity to pay tribute to his late father, Eddie Van Halen.

The first tribute to his father came back in 2020 when Wolfgang shared the music video of his song “Distance.” The video is entirely composed of old home movies featuring the Van Halen family.

Van Halen was interviewed by the Oakland Press and gave insight into additional tributes that are found on the record. For one, he says the record “has actually been finished since July of 2018.”

Eddie Van Halen was around during the recording of his son’s debut record. The younger Van Halen opted to use the name Mammoth WVH as a tribute to Mammoth, the name of one of Eddie’s earliest bands. Wolfgang described the experience of having his dad around during recording saying,  "He would watch like a proud father at a soccer game. He was just happy to watch it happen. It was never like a bossing around kind of thing. He was just happy watching the process.”

Aside from naming this project after one of his father’s earliest bands, Wolfgang also had the opportunity to use his dad’s legendary “Frankenstein” electric guitar.

Today we're reflecting on the life of Edward “Eddie” Van Halen, whose self-taught, virtuosic style made him one of the premier guitarists of a generation. He performed on this guitar in the 2000s; it’s a replica of the custom “Frankenstein” guitar he began building in the 1970s. pic.twitter.com/3IFdE7K1oh

Eddie Van Halen built the guitar himself and it became an iconic image that was associated with Van Halen. "I used it on 'Mammoth' and 'Feel,' and that whole day was really fun,” Wolfgang said.

“When we took it out of its safe hiding place -- 'cause it's super-protected -- dad kind of picked it up and noodled with it a little bit, and then he sort of haphazardly tossed onto the couch. And everybody in the room just gasped because to him it's just this little piece of crap that he put together, but for us it was one of the most iconic instruments in music. So that was a funny little moment."