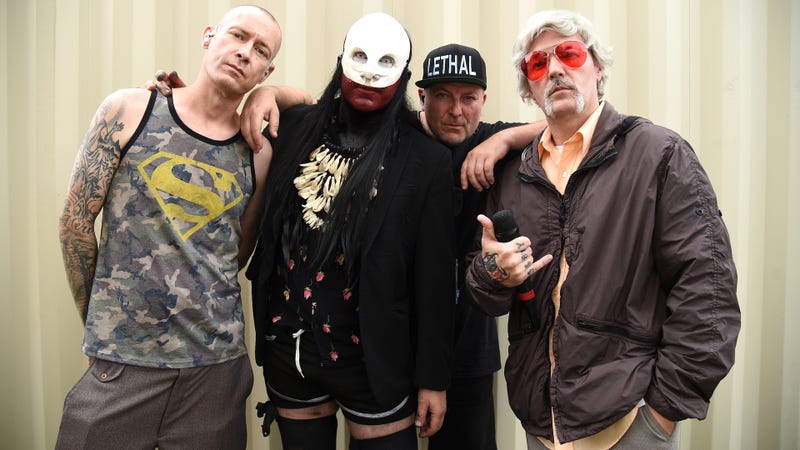 It’s a sentence that hasn’t been written in quite some time. New music from Limp Bizkit is here.

The wait is finally over as Limp Bizkit has officially released “Dad Vibes” with an accompanying lyric video chock full of Fred Durst.

Durst’s “Dad Vibes” look is on full display as he traded in his goatee for an impeccably groomed handlebar mustache and swapped his backwards baseball hat for wavy gray hair.

Limp Bizkit previously teased the song by playing it over the PA system at the end of their performance at Lollapalooza.

“This song right here, is for you and only you,” Durst told the crowd at the time. “This is a song off our new album called ‘Dad Vibes.’”

If a new album indeed comes into existence, it’ll mark their first new record since 2011 album Gold Cobra. The current working title of their new album is Stampede of the Disco Elephants and has seen a few singles released throughout the years including “Ready to Go” and “Endless Slaughter.”