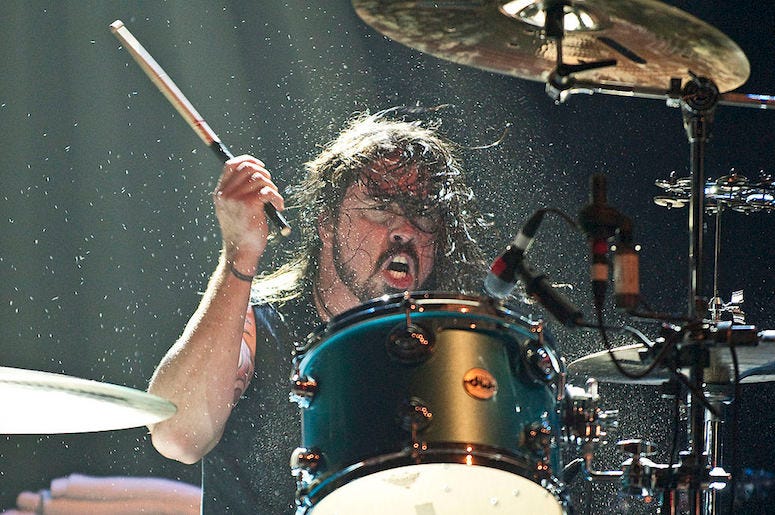 It’s been the most ferocious music battle of the year, if not ages, and it’s finally come to an end.

Dave Grohl has conceded, thereby making 10-year-old Nandi Bushell the winner of the most epic drum battle of all time. The Foo Fighters frontman was a guest on The Late Show with Stephen Colbert and discussed his ongoing drum off with Bushell.

Grohl recalled the first time he watched a video of her performing, saying, “She’s beating the crap out of her drum set, and when she does drum rolls, she screams.”

After engaging in multiple, very epic, totally awesome, back-and-forth drum offs, Grohl finally conceded defeat telling Colbert “There was nothing I could do!”

“I was literally being called out by the school bully — ‘I’ll see you on the playground after school!’ Every time she would put out these videos on her page, I’d be like, oh my God, I’m gonna get my a** kicked again.”

Grohl can hold his head high that he gave it his best effort, but, it ultimately wasn’t enough to overcome the sheer power of Bushell’s drumming.

Still, his talent was on full display alongside the rest of his Foo Fighters bandmates when they took the stage last weekend for an intimate livestream concert from the Roxy. You can check out highlights from the show along with a full setlist here.