The "all-seeing, all-knowing" King of Rock, Dave Grohl is at it again, mixing it up with fans on social media and making their days that much brighter.

The Foo Fighters frontman recently hopped on Instagram Live with Philadelphia musician Pat Finnerty who has been spending his time under quarantine attempting to learn every part of a classic song in just one hour. Knowing he’s a big fan, a friend sent Finnerty a cardboard cutout of Dave to add some awesomeness to his videos, and he quickly became a staple.

So much of a staple, in fact, that Finnerty became a little obsessed. He decided to host a 24-hour "Grohl-A-Thon" special dedicated to getting him on the program, if only to add his vocals to his cover of the Dire Straits classic “Money For Nothing.” Nine hours later, it paid off.

After some notable guest appearances from Superchunk drummer Jon Wurster and director Benjamin Berman, the video began to gain some traction, eventually making its way to actor Andrew Sikking, who was having dinner at Grohl’s house that night.

Accepting Sikking's request to join the video led to none other than Grohl himself banging away at a drum set and asking, "what the f*** are you doing?" with a huge smile. Finnerty got to spend 20 minutes with Dave who graciously obliged to lend his voice to the project. “That’s it? That’s all you wanted?” Grohl asked before sticking around to play drums on the song and talk for a while.

It's a two-parter and you can watch both clips below.

In other "excellent" news, Dave has been confirmed to have a cameo alongside fellow artists Kid Cudi and Arcade Fire’s Win Butler in the upcoming film Bill & Ted Face The Music. His IMDb page already lists him as playing himself in the highly anticipated flick starring Keanu Reeves and Alex Winter due out August 28. 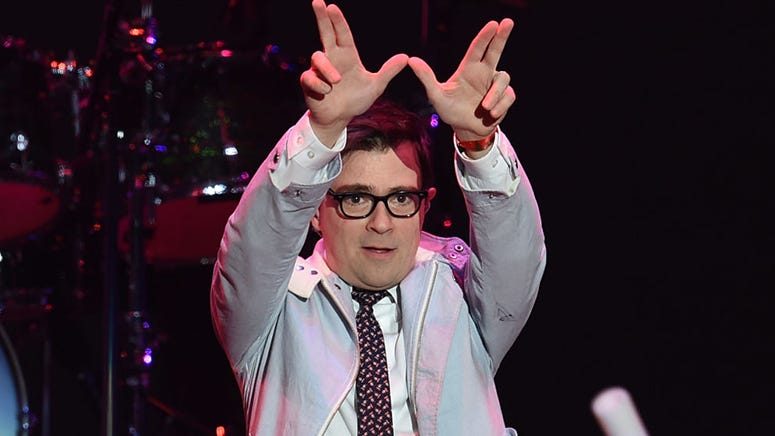