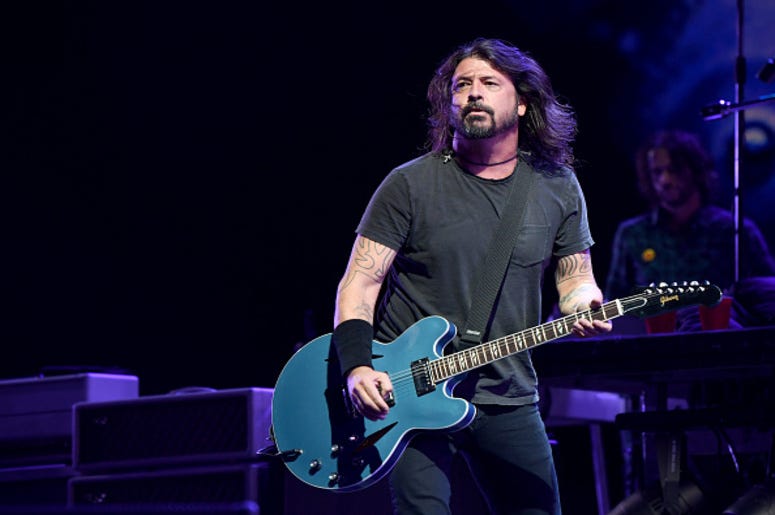 Drinking coffee is one habit many find extremely difficult to give up. While some are able to use coffee just for a morning boost, others can’t help but drink it all throughout the day. This includes Foo Fighters’ frontman Dave Grohl, who spent years going through multiple pots of coffee a day, but now is here to deliver a message of hope to his fellow coffee addicts.

The Foo Fighters released a new video this week, but it probably wasn’t one many fans were expecting. The band shared a parody advertisement for a fake coffee addiction medicine called “FreshPotix.” In the video, Grohl shares his experience as a coffee addict, explaining how going through multiple cups a day affected his life and career.

“My ability to maintain personal relationships and solid bowel movements were compromised by crippling sleep deprivation and noxious coffee breath. As the bean took over, I found myself doing anything for a fix,” Grohl joked in the video.

Like any prescription medicine commercial, FreshPotix comes with plenty of strange side effects, including CyrusVirus, which changes your voice “to that of Billy Ray or Miley.” The parody video has since gone viral, as the coffee struggle is one way too many people know.

news
FDA authorizes Pfizer vaccine for emergency use in kids 12-15
sports
Kenny Mayne announces he's leaving ESPN
sports
What might Stephen Curry's stats look like if there was a 4-point line?
sports
Report: Some within Broncos say it is 'real possibility' they could land Aaron Rodgers
music
Chris Martin of Coldplay is still trying to clear his name at the supermarket job he worked in the 90s
news
Puente de vidrio se rompe, dejando turista atrapado a 100 metros de altura