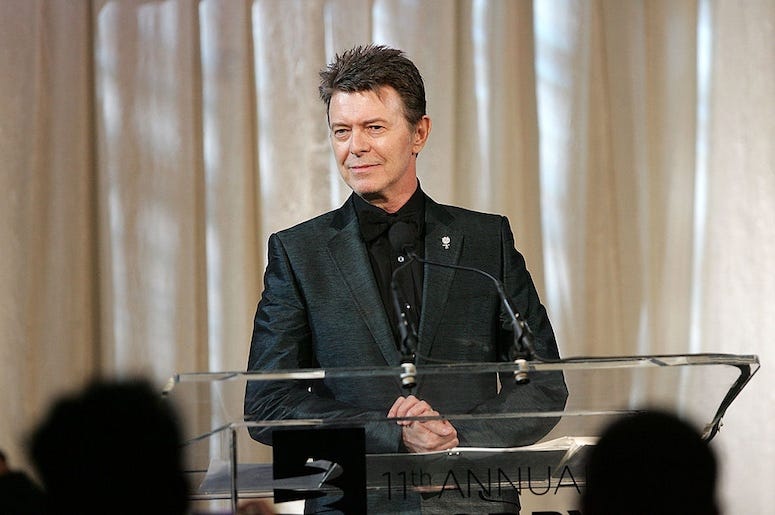 January 8, 2021 would have marked David Bowie’s 74th birthday. In celebration, an all-star group of artists is getting together to throw a tribute concert.

“A Bowie Celebration: Just for one day! brings together dozens of Bowie alumni band members spanning Bowie’s career from his 1969 self-titled album to his final album, Blackstar , along with many of the world’s most famous voices for a very special experience,” an Instagram post announcing the event read.

Numerous alumni from Bowie’s touring band throughout his career will be a part of the livestream as well. That list of musicians includes Mike Garson, Gail Ann Dorsey, Earl Slick, Sterling Campbell, Gerry Leonard, Catherine Russell, and his longtime producer Tony Visconti.

The show is being organized by Garson, Bowie’s longtime pianist. What we’re planning is an amazing show with the most talented musicians from every period of David’s career, as well as phenomenal artists from many different genres,” Garson said in a statement.

“We’ll hear different interpretations of David’s songs; some with totally new arrangements that have never been heard before.”

You can get tickets and more information here.