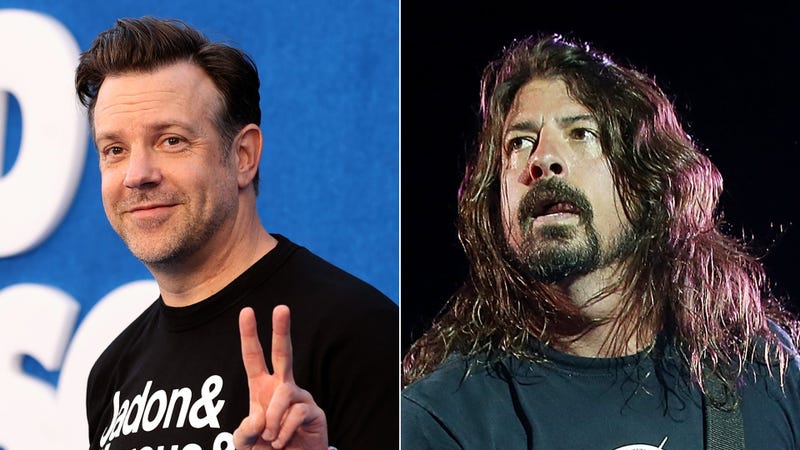 The Foo Fighters have a brand new music video out today Thursday, November 18, featuring an almost three-minute intro by Ted Lasso star Jason Sudeikis once again playing the role of coach, although a bit differently than his now famous Apple TV+ character.

Decked in an American flag jacket and sporting some kind of accent behind a thick blonde mustache, Sudeikis is seen giving who we can only assume is all five members of the Foo Fighters dressed as a group of swimmers an inspirational locker room speech before setting them loose on the pool.

We had to wait to see exactly who Sudeikis was speaking to in the video's trailer, but we were able to deduce from the band's past epic videos that the five-member swim team going for gold was likely to be made up of bandmates Dave Grohl, Nate Mendel, Pat Smear, Taylor Hawkins, and Chris Shiflett. Now that the full video, written and directed by Dave Grohl is here, it turns out we were sorta right.

In the new clip, the band members each had their heads magically superimposed on the bodies of an actual synchronized swim team who go through an intricate routine soundtracked by the new single, while the Foos flash their smiles at opportune times. The routine quickly devolves into mayhem, ending with a final surprise found by guitarist Pat Smear dressed in a hazmat suit at the bottom of the emptied pool.

Likely, one of the reasons Sudeikis is involved in the new video stems from a conversation that the actor had with Blink-182's Mark Hoppus on his Apple podcast After School Radio, regarding the impact the Foos' 1997 single "My Hero" had on him, and the inspiration it had on the creation of Ted Lasso. “When on SNL, I would write a lot of sketches to music," he explained. "But ‘My Hero’ was the first time that I heard a song and I felt, I saw a whole movie about that song. At least my interpretation of it,” Sudeikis said.

"Love Dies Young" is the final track on the 2021 Rock and Roll Hall of Fame inductees' tenth full-length album, Medicine At Midnight, which arrived earlier this year. 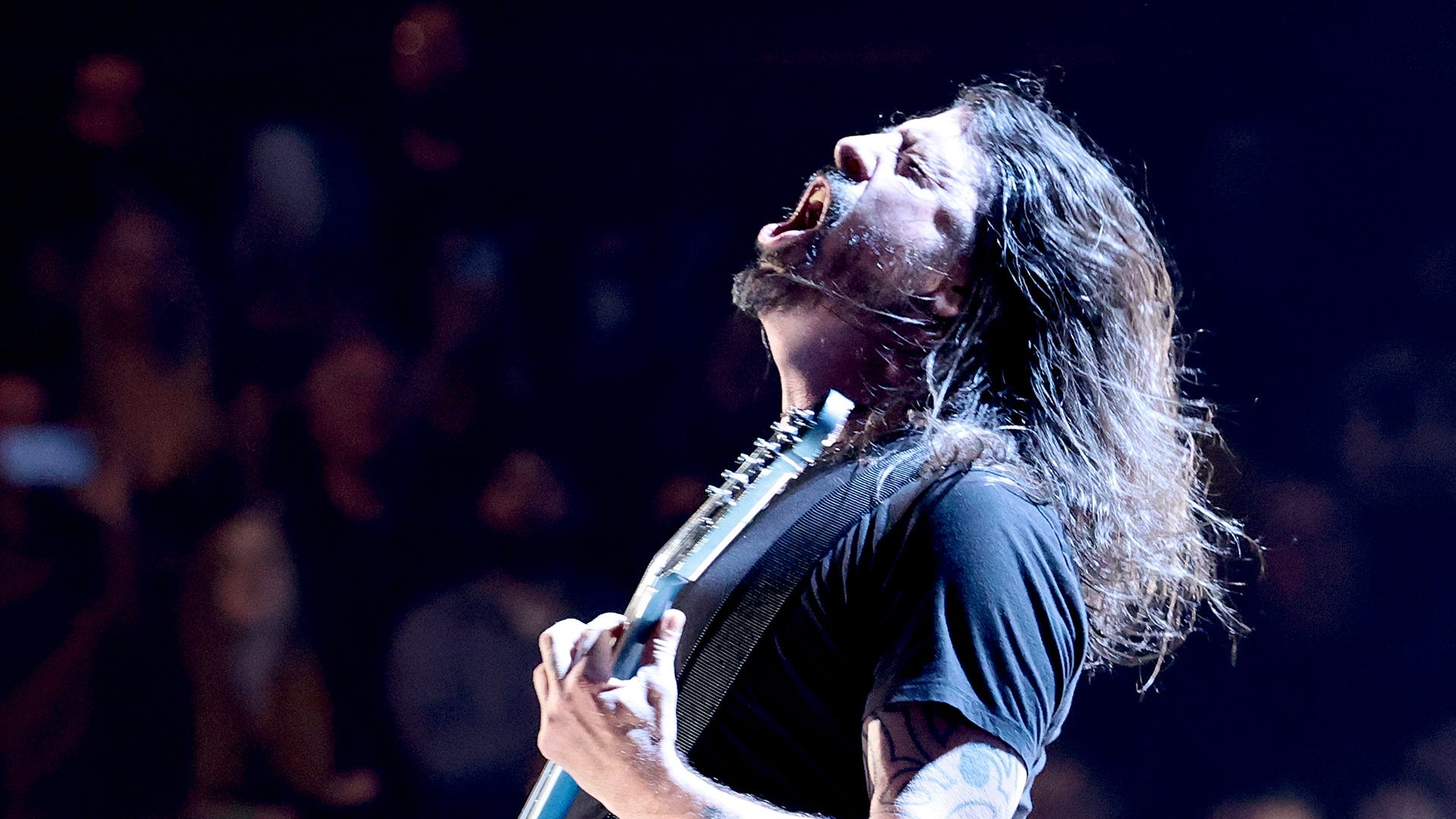 Foo Fighters to star in their own full-length horror film that will 'f*** you up!'

The band has been keeping very busy over the past year and a half, dropping a Bee Gees covers EP and hitting the road to celebrate 26 years together -- as well as frontman Dave Grohl's best-selling book release and a number of documentaries. Most recently, the band revealed they filmed a horror movie while recording their latest album, and teamed up with Peloton to create music-themed workouts for their Featured Artist Series.