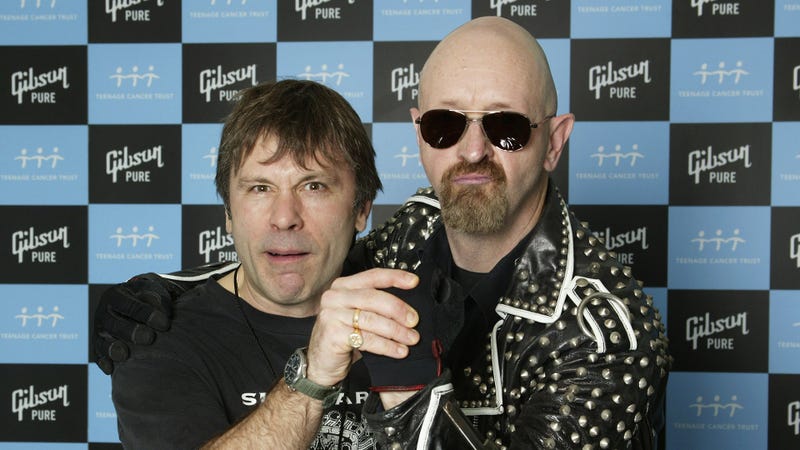 Every metalhead has their favorite band. Your concert tees are faded to borderline transparency and you own every single album, seven-inch, picture disc, poster, DVD, and cassette. The friend sitting right next to you likely has a similarly obsessed collection, for a completely different group.

Listen to your favorite music now on Audacy and check out our all-new Rock exclusive stations curated for fans, by fans

The thing is... it's likely one of the OG's of the genre. Whether one of the "Big 4" of Metal or one of the many outlying groups that have made this dark corner of Rock N' Roll the behemoth that it is -- we're taking a look at seven bands that paved the way and are still relevant to this day. 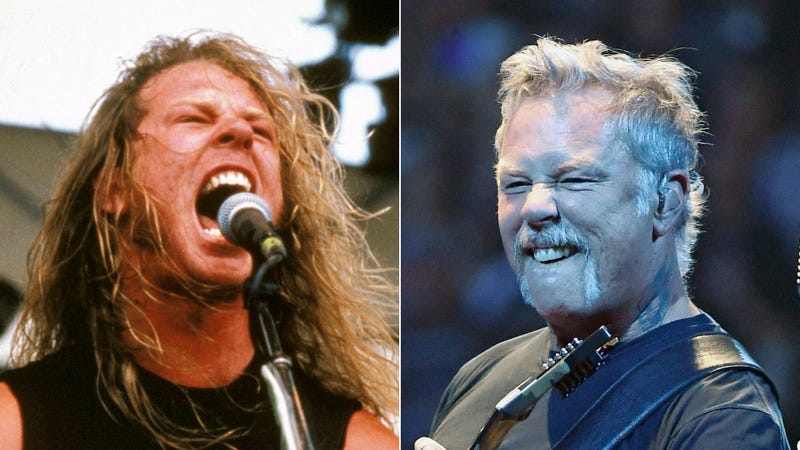 Formed in 1981 in Los Angeles, Metallica has consistently brought the thunder with ten studio albums, epic live releases, some of the best merchandise to ever exist... and they're still going strong. This year, they're celebrating the 30th anniversary of their record-breaking, self-titled 1991 offering affectionately known as The Black Album with a huge re-release, sneaker collabs, whiskey, and more. By the way, that very album by the multi-GRAMMY winning band is also the best-selling album in the United States since Nielsen SoundScan began tracking in 1991. 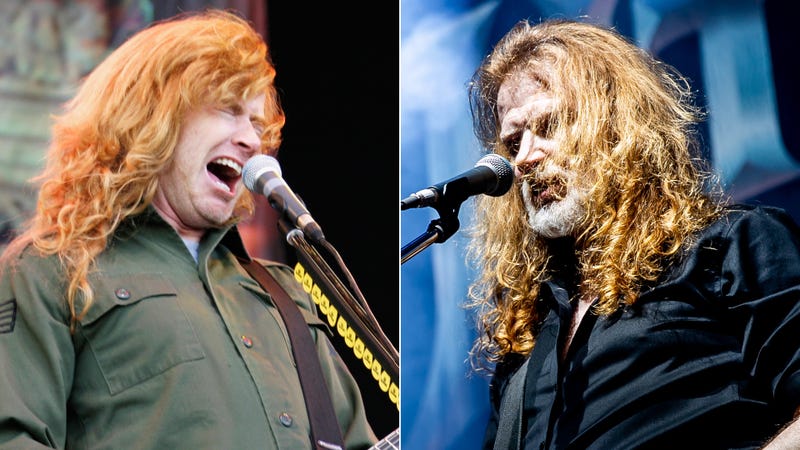 The rivalry between the booted-from-Metallica guitarist turned frontman Dave Mustaine injected some good ol' competition into the world of Heavy Metal in 1983 and has had fans "Sweating Bullets" every time the two bands have been in the same vicinity of each other ever since. Part of the "Big 4" of Metal along with Metallica, Anthrax, and Slayer (we'll get to them!) Megadeth is still a huge draw, and are currently gearing up to hit the road on a solo tour and select dates with Slipknot. 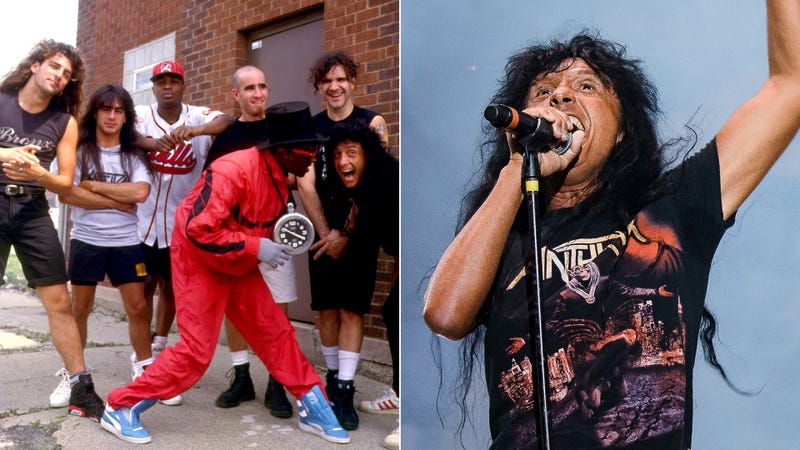 New York Thrash Metal giants Anthrax, formed in 1981, are arguably responsible for all of the black eyes and busted-up ribs that you have received in or around your local mosh pit over the years. They also branched into Rap/Rock early, before the genre even took shape, with their own single "I'm The Man" as well as a hugely popular collaboration years later with fellow New Yorkers Public Enemy on "Bring The Noise." This year the band celebrated 40 years of getting all caught in a mosh with a series of video testimonials sent in by former band members, musical contemporaries, and industry veterans honoring each of the band's 11 albums in order as well as the release of a new graphic novel, titled Among The Living. 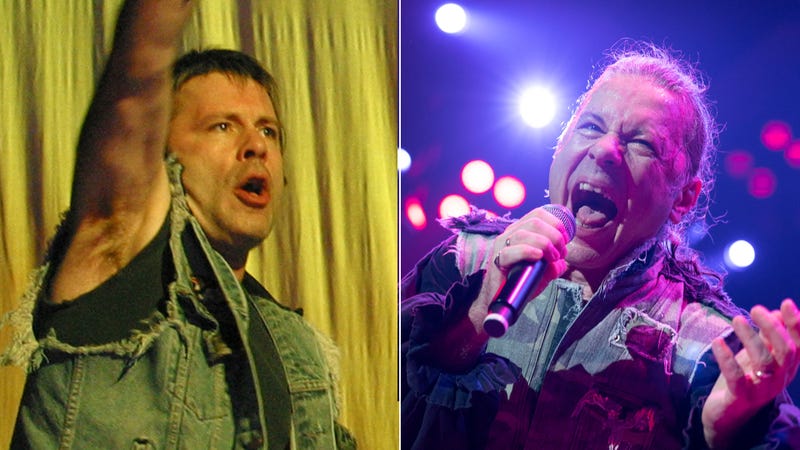 Boasting some of the longest-running songs in the genre and employing arguably the best damn band mascot to ever grace an album cover (Eddie LIVES!), Iron Maiden along with singer, lyricist, and resident pilot Bruce Dickinson are the unrivaled storytellers of this gang of seven. Each era of their music, from their start in 1975 (with singer Steve Harris) until their latest release, 2021's "The Writing on the Wall," has brought fans into brave new worlds of the band's making and has hepled create a truly rabid fanbase. With 40 albums and counting under their bullet-spiked belts (counting studio and live releases, EP's, and compilations) there's no denying Maiden have cemented themselves as one of the true greats. 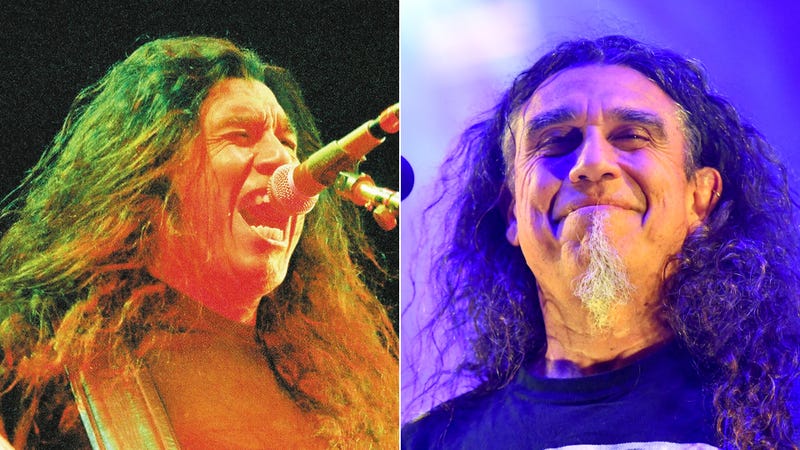 This ain't your daddy's Heavy Metal. Formed in 1981 by guitarists Kerry King and Jeff Hanneman, drummer Dave Lombardo, and bassist/vocalist Tom Araya, Slayer, another of the "Big 4," has always been the go-to band for fans eager to make a strong impression on their parents. Covered in blood, slightly Satanic, and consistently brutal, Slayer will always occupy the darkest corner of our 250BPM hearts. Nearly 40 years after first forming, Slayer officially said goodbye in 2019 but there are still kids being named after the band, disco-flavored covers, and more amazing tributes still popping into our feeds on a regular basis. 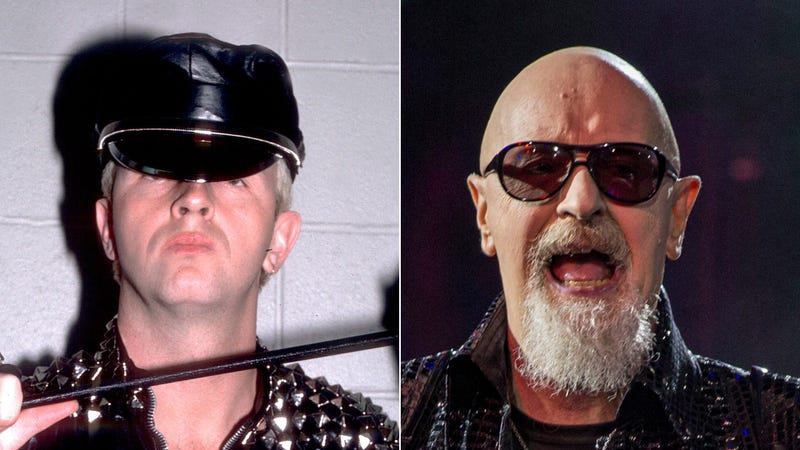 With singer Rob Halford likely one of the major contributing factors to the proliferation of black leather into the Heavy Metal genre, Judas Priest has been breaking the laws of Rock ever since their formation in 1969 Birmingham. The band has sold over 50 million copies of their albums to date, and is constantly ranked among the greatest Metal bands of all time. They were about to hit the road to celebrate 50 Heavy Metal Years with their fans until COVID struck, but they're still going forth with rescheduled festivities beginning in September 2021. 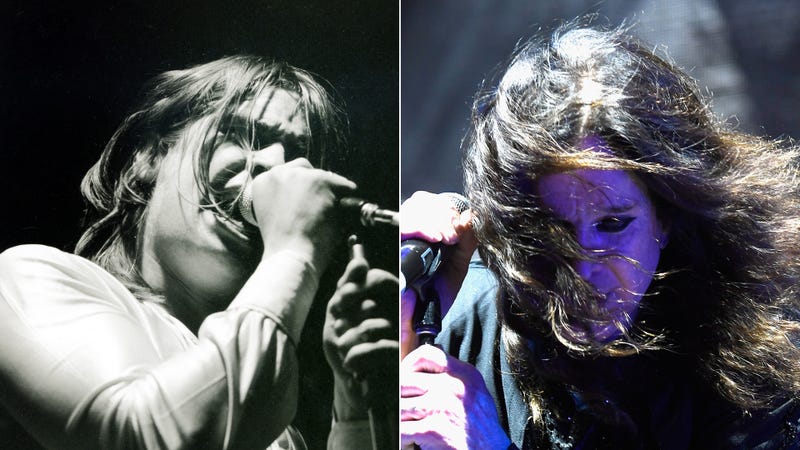 Formed in 1968 by guitarist Tony Iommi, drummer Bill Ward, bassist Geezer Butler, and singer/accidental bat eater Ozzy Osbourne, Black Sabbath are more often than not considered the pioneers of Heavy Metal bringing a distorted darkness and slightly demented world view into the realm of Rock N' Roll. While the band is currently in hibernation with no plans for any live dates, they're still dropping reissues and expanded deluxe editions with unreleased material, have been in talks about making movies, and currently have tons of fresh official merchandise available.

Now that your blood is pumping and the crushing guitar solos are bouncing around your brain, take a look and favorite some of Audacy's exclusive Rock stations, like Masters Of Metal, Don't Metal In My Affairs, Venom, Arena Rock, Wake Up and Rock, and The Roots of Rock for those who crave the early days.