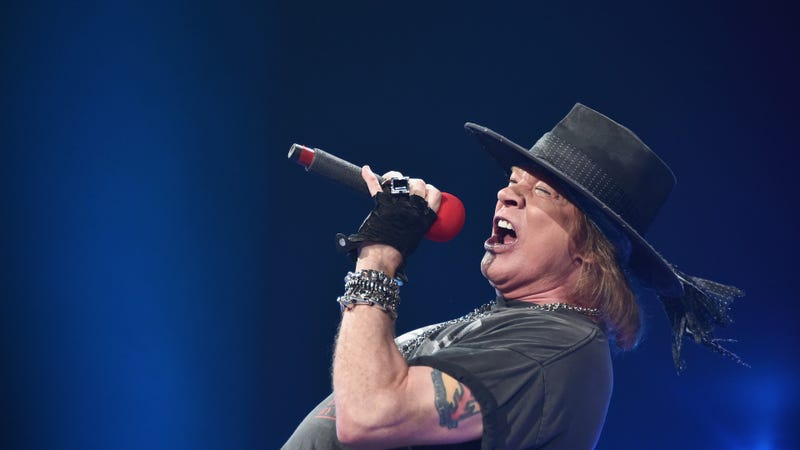 October is filled with spooky stories, chilling visuals, and many other things that will haunt your dreams.

You know what’s not scary though? The amount of great new Rock songs to add to your playlist. OK, we’ll cut the corniness. Hit the music.

We’re back with another installment of 7 Rock songs you need to hear right now and October’s picks are songs you’re going to want to listen to loud.

Papa Roach returns with the thunder as they take aim at "Karens" with their 2021 single "Kill The Noise." The band hit the road this past foul for a joint tour with Breaking Benjamin.

Rise Against – Talking to Ourselves

Rise Against dropped their latest album Nowhere Generation this past summer as Tim McIlrath told us it was a record that was inspired by their conversations with young fans across the globe. As they do so well, Rise Against blends powerful storytelling with vicious riffs.

It’s not often we get to hear new music from Guns N’ Roses so that’s what makes it a treat whenever they drop a new track. “Hard Skool” is classic Guns N’ Roses and it’s a song that will be played on repeat.

Bring Me The Horizon – DiE4u

Bring Me The Horizon surprised fans when they announced their new single “DiE4u” and we’re glad they’ve entered our lives again. The song comes from their upcoming second part of their Post Human project.

If there was ever a band to name as the official Halloween band, it would have to be Ghost. They prove why with their excellent music video for “Hunter’s Moon” as it’s perfectly fit for spooky season.

It’s the beginning of the Dear Monsters era as Bad Wolves are back with their first single off their upcoming third studio album.

Fans have waited a looooooooong time for new music from Limp Bizkit. The wait was worth it as Limp Bizkit returns with their new single that’ll have you partying like it’s 1999.