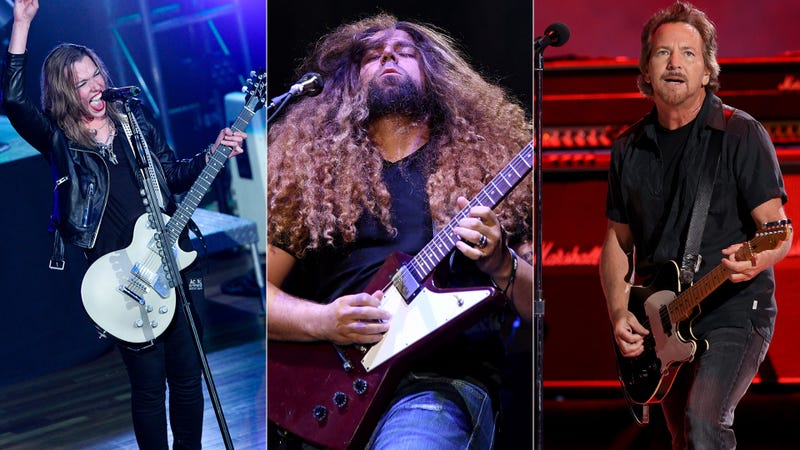 Summer may be giving way to fall, but that doesn’t mean there’s a lack of bright Rock tracks that’ll get you headbanging.

We’re back with another installment of 7 Rock songs you need to hear right now and September’s picks are songs you’re going to want to listen to loud.

“Long Way” marks the first single from Vedder’s upcoming solo album Earthling, which will be his first solo venture since 2011. The sunny track is a perfect way to cap off summer and is distinctively Vedder.

Halestorm “Back From The Dead”

This song is a jolt of caffeine straight into your blood system. The track opens with Lzzy Hale belting out “I’M BACK FROM THE DEEEEEEEAAAAAD!” Of course, the song serves in almost a literal sense as it marks the first single off Halestorm’s upcoming album, will be their first since 2018.

If you love riffs that slap, you’ve come to the right place. Greta Van Fleet made their glorious return with their sophomore album The Battle at Garden’s Gate as “Built By Nations” stands out as one of the finest tracks.

Iron Maiden “The Writing on the Wall”

The veteran artists return with a reminder of everything that’s great about heavy metal. “The Writing on the Wall” is a single from Iron Maiden’s upcoming seventeenth studio album Senjutsu, which was released on September 3.

Ready to go from 0 to 60 in under a second? Strap in and turn the volume up, because that’s exactly what Coheed and Cambria’s latest single “Shoulders” does. Even better, the track serves as a tease of what’s to come as Coheed and Cambria gear up to release their first album since 2018.

If you love old school arena Rock that gets your head nodding and your hips shaking, Dirty Honey is the band for you. Close your eyes as you listen to their infectious new single “The Wire” and it’s easy to envision yourself in the middle of an arena singing along with thousands of your closest friends.

Dorothy “What’s Coming to Me”

Dorothy made her return with the powerful track “What’s Coming to Me.” The video is a spiritual journey that includes a full blown exorcism. The song is expected to appear on Dorothy’s upcoming studio record Gifts From The Holy Ghost.