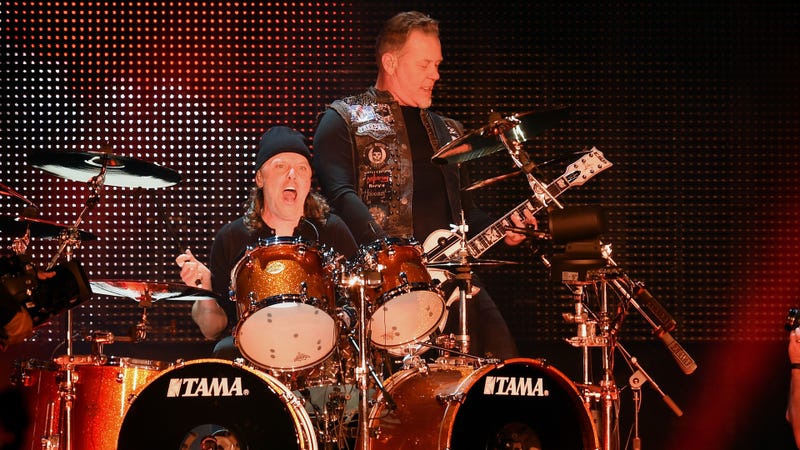 It’s finally here and it’s just as glorious as you hoped it would be.

Metallica is celebrating 30 years of their landmark self-titled album affectionately known as the Black Album with an ambitious 53-song cover project. A wide-range of artists such as Miley Cyrus, Elton John, Alessia Cara, Mickey Guyton, Cage The Elephant, J Balvin, St. Vincent, Chris Stapleton, and many more contributed to the project.

The album is available to stream right now meaning you can take in all 53 songs to determine your favorite. If you don’t have the time to do that right now, we’ve got you covered with the 10 best covers on Metallica’s Blacklist.

Jason Isbell and The 400 Unit - Sad But True

One of the first covers to emerge remains one of the best in the entire project. Jason Isbell and The 400 Unit deliver a delightfully twangy version of the Metallica classic that gets accompanied by a righteous music video.

Jon Pardi - Wherever I May Roam

Pardi takes “Wherever I May Roam” for a Country spin and delivers a wonderful fusion of Country and Heavy Metal in his take on the Metallica classic.

Tomi Owó - Through The Never

If you ever wondered what Metallica would sound like at a chill after hours club, Tomi Owó is here to show you. Owó’s gorgeous voice stands out on this soulful rendition of “Through The Never.”

Kamasi Washington - My Friend of Misery

As he’s prone to do, Washington takes “My Friend of Misery” on a Jazz odyssey with an incredible interpretation. Sax solo, drum solo, piano solo, guitar solo, this song has all the solos.

Miley Cyrus brought out everyone for her cover. Literally. From Elton John, Yo-Yo Ma, Chad Smith, WATT, and even Metallica bassist Robert Trujillo, this soaring cover of “Nothing Else Matters” serves as a highlight of the album.

Dave Gahan - Nothing Else Matters

Metallica’s music can be interpreted in many different fashions. This reigns true on Depeche Mode frontman’s Dave Gahan’s beautiful ambient version of “Nothing Else Matters.” With a swath of synths accompanying him, Gahan’s voice shines through.

Darius Rucker - Nothing Else Matters

Three versions of “Nothing Else Matters” on this list? No problem. Each one is deservedly epic and Rucker’s version joins in on the fun with his epic take.

Corey Taylor - Holier Than Thou

If you’re looking for headbanging on this project you’ve come to the right place. Corey Taylor is a pro at making Metal as his take on “Holier Than Thou” shows why he’s one of the best.

While Weezer’s version of “Enter Sandman” is musically great, we all were waiting with anticipation on how Weezer would… Well, Weezer it up. You’ll know it when you hear it, but we’ll give you a hint. They incorporate “Buddy Holly” in an epic way.

Rodrigo y Gabriela - The Struggle Within

Remember what we wrote above about Metallica’s music being fantastic for interpretation? That reigns especially true on Rodrigo y Gabriela’s cover of “The Struggle Within” as the master guitarists show off their chops in an incredible manner.