Def Leppard formed before the ‘80s even began, released their first album the same year the Phillies beat the Royals in the World Series, were inducted into the Rock & Roll Hall of Fame in 2019, and are still going strong with a big stadium tour planned this summer with Mötley Crüe, Poison and Joan Jett.

The band from Sheffield, England has a litany of hits to choose from when playing live, not to mention the solid deep cuts like “Stagefright.” Def Leppard has placed 19 songs on the all-encompassing Billboard 100 over the decades, and the number grows on the rock-specific charts. 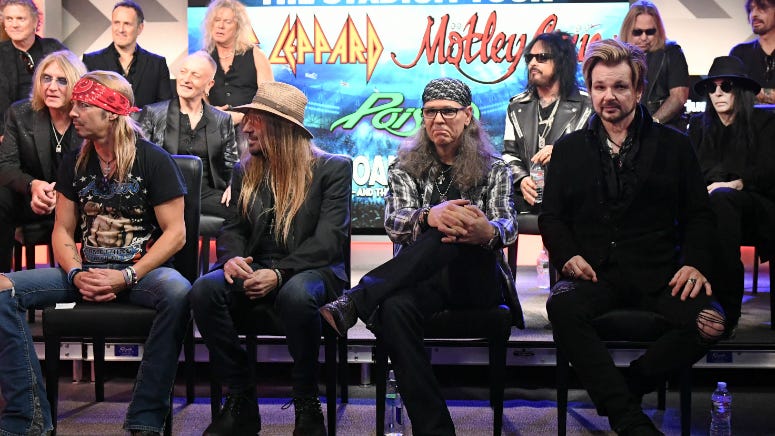 The best of the best tracks encompass the band’s commercial prime, which ran from 1983, when they released their breakthrough LP Pyromania, to 1993, when they put a bow on the era with Retro Active – a solid collection of B-sides and previously unreleased material. In between, there was Hysteria and Adrenalize.

Here’s a look at Def Leppard’s top ten hits of all-time, as ranked by their peak chart position on the Billboard 100.

5. HAVE YOU EVER NEEDED SOMEONE SO BAD

2. POUR SOME SUGAR ON ME