The new year is starting with some disturbing breaking news for KISS fans: Gene Simmons has revealed that he puts ice cubes in his cereal.

Perhaps his taste buds are different than the average person’s because of that notorious tongue, but the 70-year-old bass player certainly does breakfast his way.

Anyone else put ice cubes in their cereal? pic.twitter.com/lfvZr5lBjk

The news came as no surprise to at least one person: Simmons’ son Nick. He responded to the tweet in humorous fashion: “30 years. 30 years watching him do this. This is my life.”

One fan pointed out that while ice cubes and cereal may be an unusual combination, we may be burying the lead here. Jerry Dunleavy noted: “Everyone focused on the ice instead of the revolutionary breakfast innovation that is combining Frosted Mini Wheats with Oreo O’s.”

If nothing else, give Simmons credit for starting the day off with breakfast. He’ll need all the energy he can get as KISS gets set to begin another leg of their marathon End of The Road tour.

Van Halen frontman David Lee Roth will be along for the ride as show opener for the new U.S. leg. It begins on February 1st in Manchester, NH and runs through March 15th in Biloxi, MS. 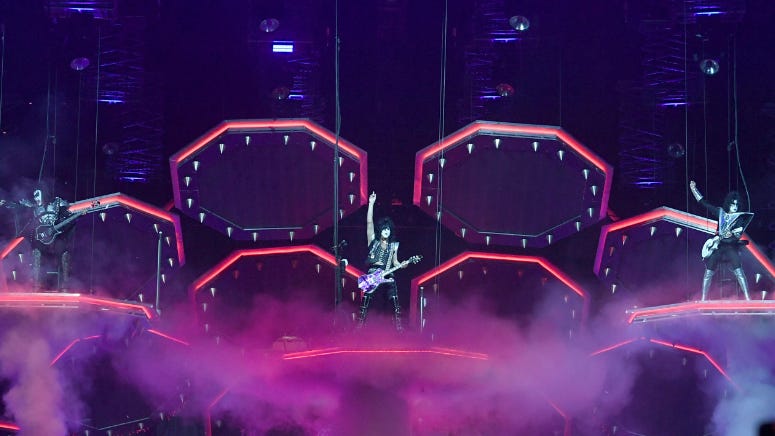 KISS had the highest-grossing North American tour for a hard rock band in 2019, and recently announced where and when their final show ever will be:  July 17, 2021 in New York.

“We got a lot of great stuff planned, and we’re gonna give you everything y’all deserve,” Stanley told the crowd on-board the KISS Kruise while making the announcement last month.