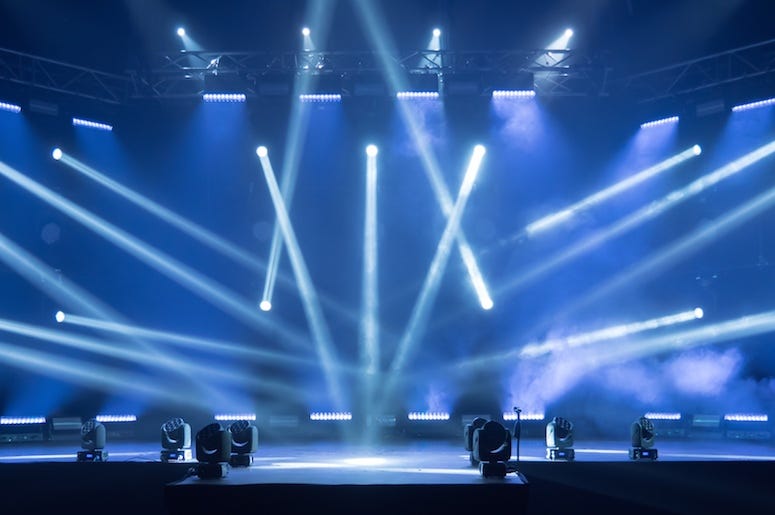 Could concerts return sooner rather than later and not present an opportunity for a COVID-19 superspreader event? According to findings from a new study, it might be possible.

Back in August, a group of German scientists held an experiment to better understand how COVID-19 could be prevented from spreading at large indoor concerts. Researchers recruited 1,400 volunteers between the age of 18-50 to attend an indoor concert by singer-songwriter Tim Bendzko at Leipzig’s Quarterback Immobilien Arena.

Each volunteer was pre-tested for COVID-19, had their temperature checked, provided masks and hand disinfectant laced with fluorescent dye, and were given a digital location tracker. Volunteers were then asked to simulate three different scenarios: no restrictions with zero social distancing, moderate restrictions with checkerboard pattern seating and twice as many entrances, and strong restrictions with paired seatings at 1.5 meters apart.

Researchers also used a fog machine to observe air movement inside the venue and calculate the likelihood of exposure to aerosol droplets.

WATCH MORE: Are Drive-In Concerts Worth It? Attendees Respond

Scientists published the results of their study online and found varying levels of success with each scenario. One of the most important findings sees ventilation as a crucial component to mitigating risks. In one scenario, jet nozzles sent fresh air through the arena. In the next scenario, “fresh air was sucked into the arena from the rooftop and the jet nozzles were switched off.”

The second scenario found the likelihood of COVID-19 exposure to be much greater, showing that air circulation is key to reducing risk. Additionally, social distancing was a significant source of risk reduction with the period of closest contact coming during attendees entrance into the venue and during breaks in the show.

“There is no argument for not having such a concert,” Dr. Michael Gekle told the New York Times in an interview. “The risk of getting infected is very low.”

While the findings of the study are certainly promising, the study has yet to be peer-reviewed. Additionally, each volunteer in the study wore an N95 mask offering higher protection against the virus than the commonly worn cloth facemask.