There was a time when it didn’t seem like a reunion of core Guns N’ Roses members would ever happen. Now they can’t stop touring.

Axl, Slash, Duff and company plan to “dominate the new decade,” as they said in a release, with their Larger Than Life global stadium tour. International dates had already been announced, but now there are new North America dates on the itinerary. 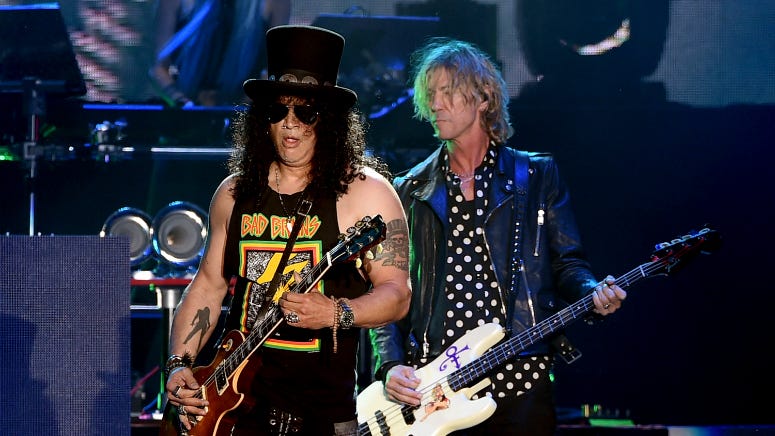 Slash on New Guns N' Roses Music: 'We’re Not Really Sure What We’re Doing With It

Guns N’ Roses will play 19 shows on this continent starting July 4th in Milwaukee, WI and ending August 18th in Arlington, TX. The band will be playing mostly baseball stadiums this time around including Fenway Park in Boston and Wrigley Field in Chicago. Tickets go on sale to the public February 7th and you can buy them here.

Guns N’ Roses has been on the road in its current incarnation for more than 150 concerts since 2016. Their Not in This Lifetime tour became the third highest- grossing trek of all time while playing to more than 5.5 million fans around the world.