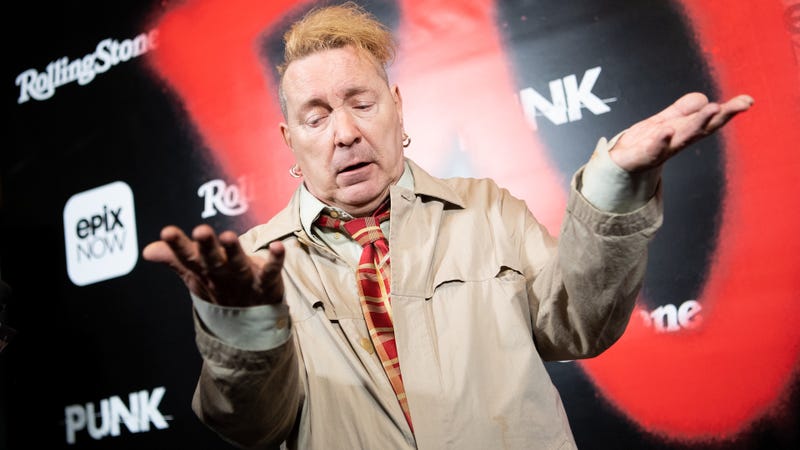 Johnny Rotten, real name John Lydon, has some thoughts about the current environment of political activism. To put it succinctly, he’s not a fan.

The Sex Pistols frontman was profiled by the Times UK and spoke about his experiences in America since becoming a citizen in 2013. For one, he’s a big fan of the different scenery found across the country.

"The forests up north and the swamps down south, all of it, it’s lovely. The people are very, very varied and very forgiving,” he said. “A new country, new open-mindedness I suppose. Like they’re not really stuck down and nailed to the floor by class warfare."

Lydon then turned his attention to cancel culture and the threat he sees of “wokeness.”

"These people aren’t really genuinely disenfranchised at all. They just view themselves as special," he said.

"It’s selfishness and in that respect it’s divisive and can only lead to trouble. I can’t believe that TV stations give some of these lunatics the space. Where is this ‘moral majority’ nonsense coming from when they’re basically the ones doing all the wrong for being so bloody judgmental and vicious against anybody that doesn’t go with the current popular opinion?"

Lydon concluded the profile railing against academia. "It’s just horribly, horribly tempestuous spoilt children coming out of colleges and universities with s*** for brains,” he said.

“And I put that in the most polite way.”