He’s one of the most iconic guitarists in Rock. Now, we're going one-on-one with the man himself about his upcoming star-studded solo album.

Tom Morello joined Audacy’s Ryan Castle for an Audacy Check In as he gave us the wild origin story of his upcoming new album The Atlas Underground Fire.

“When the world shut down in March 2020, I had the first creative drought of my adult life,” Morello told Castle. “From the time I was 17 until March 2020, I had always been writing, recording, and plucking at a manic pace.” 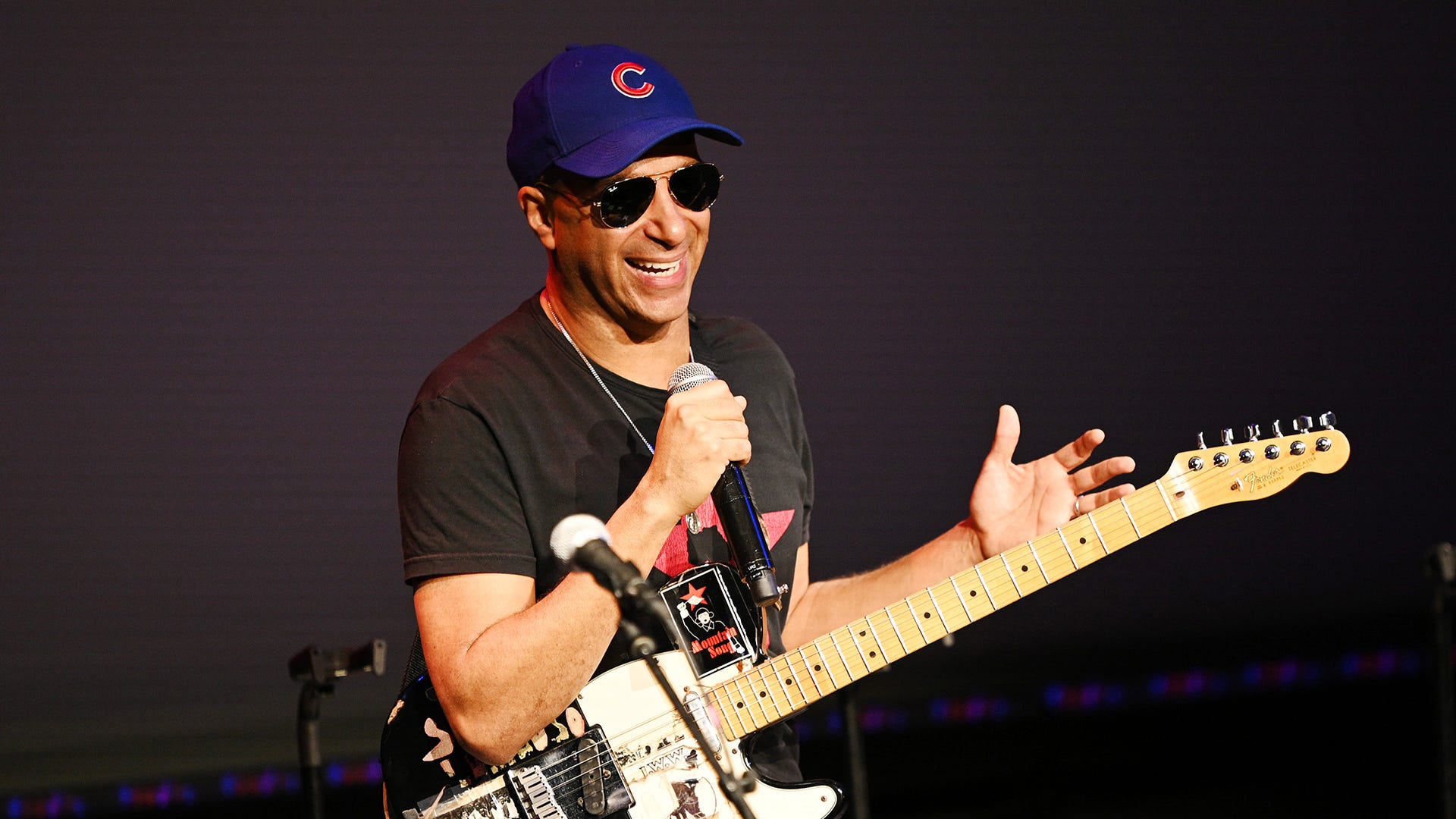 Morello has a studio at his house, but said he always had an engineer on hand to help him get set up and record. With the COVID-19 pandemic, he understandably wasn’t able to have an engineer work alongside him in person.

Morello called this period “a time of anxiety and depression,” but found inspiration from an unlikely source. “For me, the breakthrough came through a very unlikely place. It was Kanye West,” he said.

“I read an interview with Kanye where he said he recorded the lead vocals to a couple of his hit albums on the voice memo of his phone. I thought, ‘if it’s good enough for Kanye vocals, maybe I can drop some riffs into my phone.’”

Morello took his phone, set it up on a chair, and played into it. He sent his recordings to engineers and producers around the world and as he received his music back, Morello’s inspiration kicked into high gear. “That was the beginning of the genesis of the Atlas Underground album,” he said. “This time, which was one of isolation and no music, became a time of community and a lot of music. For me, it was very much a life raft of sanity in the midst of a pretty insane time.”

While this method of recording is creatively invigorating for Morello, he doesn’t really foresee it as something he’ll do from here on out. “I look forward very much to a time when I do have to have me and my phone locked in the room,” he added with a laugh.

The collaboration-filled album has guest appearances that all have interesting backstories. One song, “Naraka,” is one that is unlike any other. The track features Mike Posner, who took time out of a once-in-a-lifetime experience to work with Morello. “Between the beginning of recording that song and the end of recording that song, he summited Mt. Everest. He summited Mt. Everest!” Morello exclaimed.

Before we let Morello go, we wanted to get a bit personal with him, in a musical manner of course. In an effort to get to know young Tom Morello, we asked him what the first song he learned to play on guitar was. “The first notes I ever played were the notes to ‘Smoke on the Water,’ cause that’s what everyone learns,” he said.

“The first song that I ever learned on guitar,” Morello continued, “was ‘Detroit Rock City’ by KISS. I learned that one beginning to end.”

Tom Morello’s new album The Atlas Underground Fire will be released on October 15.