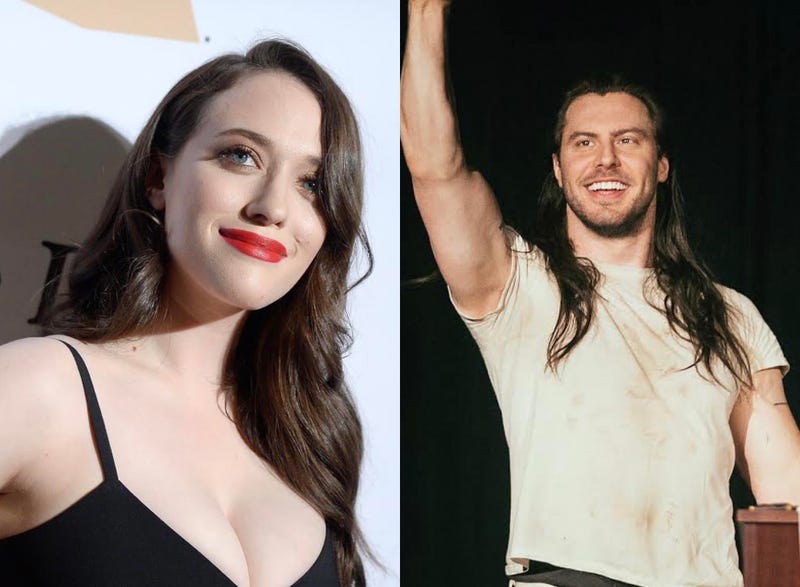 On Thursday, Kat Dennings announced her engagement to Andrew W.K. after making their relationship social media official a week ago.

The Two Broke Girls actress took to Instagram to show off her new ring, captioning the post, “Don’t mind if I do,” alongside three sweet photos of the couple embracing and showing her massive diamond to the world.

W.K. posted the same three images and captioned the photo, simply, with the diamond ring emoji.

Prior to their engagement announcement, Dennings shared images of the couple kissing in tribute for the rocker’s birthday.

On May 3, the two stars made their romance IG official after sharing two steamy photos of Andrew, where she captioned the post with a heart emoji. Since then, the couple has been consistent about sharing glimpses into their sweet relationship.

Previously, Dennings dated Josh Groban for two years, after being introduced to one another by Two Broke Girls star, Beth Behrs. However, Dennings and Groban called it quits in 2016.

W.K. was previously married to Cherie Lily. The duo married in 2008 but “began amicable divorce proceedings in late 2019,” a previous press statement from W.K. confirmed.

WATCH MORE: History of love: Power couples throughout the centurie